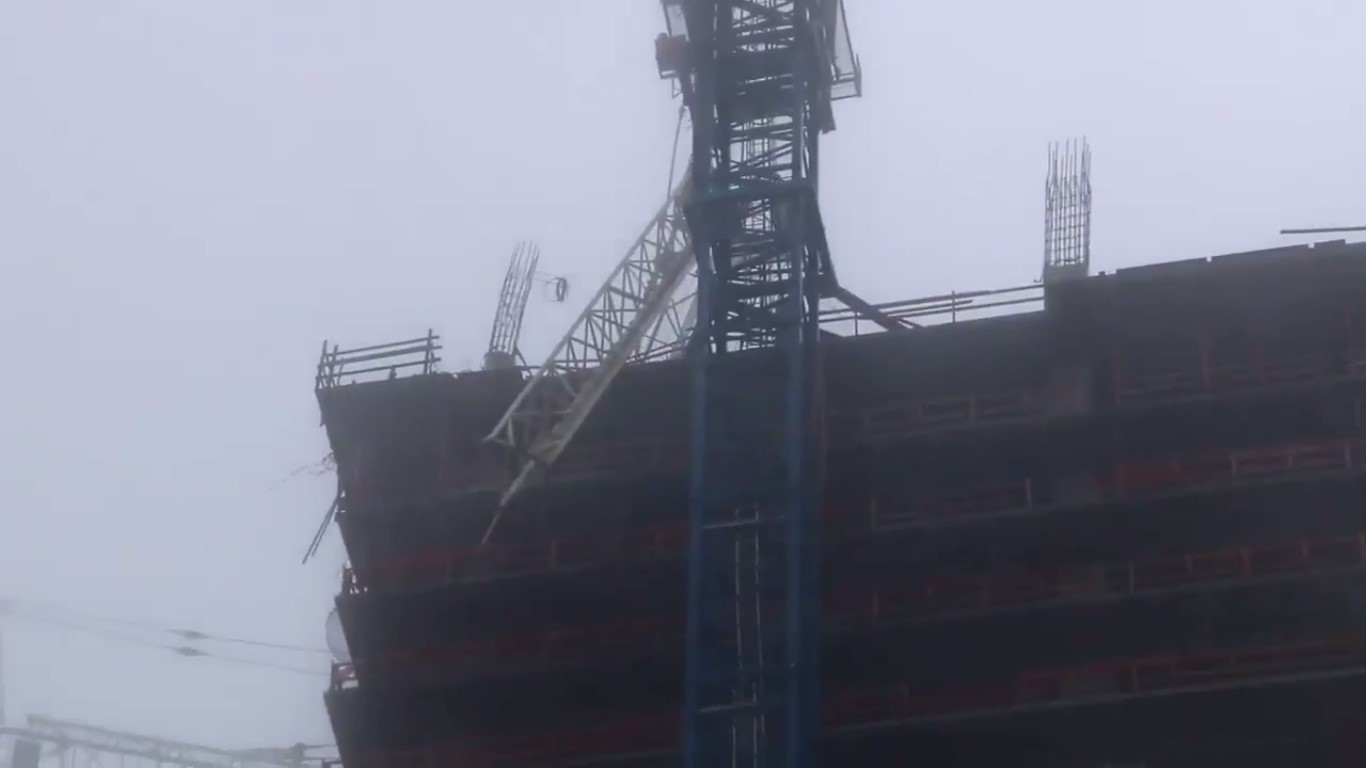 This morning, as winds began gusting in Miami with Hurricane Irma bearing down on the Florida peninsula, one crane atop a high-rise in the city crashed down. The crane was next to the federal prison and courthouse in downtown Miami.

The city subsequently sent out a warning that the tower crane had collapsed.

Breaking: at least one crane has come down in Downtown Miami. This is next to the Federal prison front of courthouse. @wsvn #HurrcaneIrma pic.twitter.com/sC96QKqM0w

Construction crane boom and counterweight collapse from #HurricaneIrma in downtown #Miami (right side of video) https://t.co/6LKpEo7Uvw

But with roughly two dozen tower cranes in the Miami area hanging above street level with their arms loose because they couldn’t be secured or moved, it was just a matter of time before another crane broke loose with the winds growing stronger in the afternoon.

In video obtained by NBC News and shown below, a second crane could be seen dangling for an unfinished high-rise project as it had collapsed:

A second crane collapses in Miami and dangles from an unfinished high-rise tower pic.twitter.com/kme8P2VoU5

With the city being battered with rain along with high-speed winds, storm surges have led to several streets in Miami being flooded, making them look like virtual rivers.

The eye of the massive hurricane moved along the western side of the state throughout the afternoon, with it expected to hit Tampa overnight. At least four people in Florida have been killed by the storm as of publication and over 100,000 are taking refuge in shelters as the hurricane makes landfall.