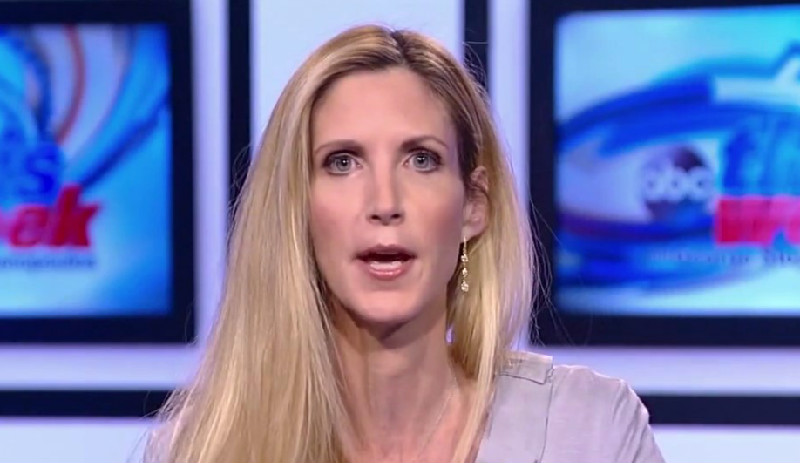 Hurricane Irma made landfall in the Florida Keys early this morning, thrashing the islands at the southern tip of Florida and leaving entire areas submerged and devastated. This was, of course, after it wreaked destruction across the Caribbean, killing dozens and leaving thousands homeless while leaving entire islands leveled.

With the massive storm making its way up north to the Florida peninsula, conservative provocateur Ann Coulter took to Twitter to make the observation that things were looking pretty calm in Miami and that residents in the area were likely finding the weather boring.

HURRICANE UPDATE FROM MIAMI: LIGHT RAIN; RESIDENTS AT RISK OF DYING FROM BOREDOM

Umm, judging by the ratio on that tweet, you can tell it wasn’t received well. And for good reason. Shortly after she sent it, it was reported that a high-rise crane in Miami had collapsed. And within hours, wind gusts in the area were exceeding 100 miles per hour.

However, despite it becoming obvious that conditions in Miami were growing worse by the minute, Coulter doubled down on her original tweet early this afternoon.

I wish cables would mention the hurricane. There is a decidedly heavier-than-average morning dew in Miami; Palm Beach bordering on breezy.

And even though she was just saying there was “heavier-than-average morning dew” and that it was “bordering on breezy,” it was reported that a second crane had come down in Miami.

As one would expect, Coulter got an earful on Twitter as more and more footage came out showing just how bad it was in Miami:

While @AnnCoulter makes icky jokes about people dying in Miami, Irma so strong it's ripping off pieces of AA Arena. pic.twitter.com/vq0HiErRew

But @AnnCoulter is bored with it. Not enough destruction for racists like her. https://t.co/c7GoXJgjyY

Miami: this is Ann Coulter's idea of "light rain and boredom".

Don't you wonder what else she lies about? pic.twitter.com/Rx4i5XycVS

Ann Coulter really needs to get laid. What a miserable woman. Any volunteers? Hello? Anyone? Anybody out there? Literally anyone!

oh Ann you're so deliciously wicked & evil. My witch's brew is missing 1 pound of pure evil. Care 2 come over for some tea!? ??