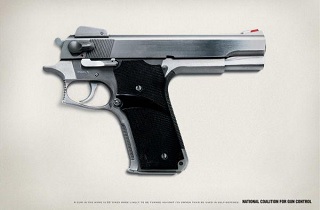 There’s a new study being reported on and touted by conservatives that — as my colleague Noah Rothman describes it — supposedly “demolishes” everything for which we sad little gun control advocates stand.

The study supports longstanding gun advocate talking points about how arming everyone makes the world safer, and is being presented as some sort of neutral scientific assessment. Before anyone in the mainstream media is tempted to fll for this con, they should know two things: It seems like no one reporting on this study has fully read its contents; and its author, Mark Gius, has something of a right-wing “tell.”

Breitbart calls it a “Quinnipiac Study” because the author is a professor of economics at Quinnipiac University, but the study is published in the journal Applied Economics Letters. The reason I say no one reporting on Gius’ study — “An examination of the effects of concealed weapons laws and assault weapons bans on state-level murder rates” — is that no one seems to quote anything but the study’s abstract:

The purpose of the present study is to determine the effects of state-level assault weapons bans and concealed weapons laws on state-level murder rates. Using data for the period 1980 to 2009 and controlling for state and year fixed effects, the results of the present study suggest that states with restrictions on the carrying of concealed weapons had higher gun-related murder rates than other states. It was also found that assault weapons bans did not significantly affect murder rates at the state level. These results suggest that restrictive concealed weapons laws may cause an increase in gun-related murders at the state level. The results of this study are consistent with some prior research in this area, most notably Lott and Mustard (1997).

The correct way to report on this would perhaps be to say “Economics Professor Claims Study Shows That Concealed Carry Results in Fewer Murders,” unless you’ve actually read the full study.

If you want to read it, you’ve got to pay, but even the abstract gives away the game. Gun control advocates will be the first to tell you that weak state laws can render strong local laws useless, and nonexistent federal laws do the same to decent state laws. Banning guns at the local or state level is a lot like trying to ban water from the middle of a bathtub. The National Firearms Act demonstrates how effective strong federal laws can be at eliminating crimes with certain classes of weapon.

One clue that Gius might not be such a straight shooter, ideologically speaking, is evident in his “The Impact of Ultrasound Laws on the Demand for Abortions by Young Women,” which naturally concludes that forced ultrasound laws “reduce the odds of a woman having an abortion quite substantially.”

In his conclusion, though, Gius slips up a little further [emphasis mine]:

The primary motivation for the present study was to determine if the anecdotal evidence on ultrasound laws was true: did giving women the opportunity to view their unborn fetus reduce the probability that they would have an abortion? Most pro-life groups believe that is the case. Most pro-choice groups also believe it to be true, although they believe that these laws are unconstitutional. Results of the present study suggest, however, that both groups are correct; ultrasound requirement laws reduce the odds of a woman having an abortion quite substantially.

Unless my law is rusty, women in all 50 states have the opportunity to view an ultrasound. Hopefully, mainstream media outlets will consider this sleight of hand, and carefully read this new study, before deciding to report on it.