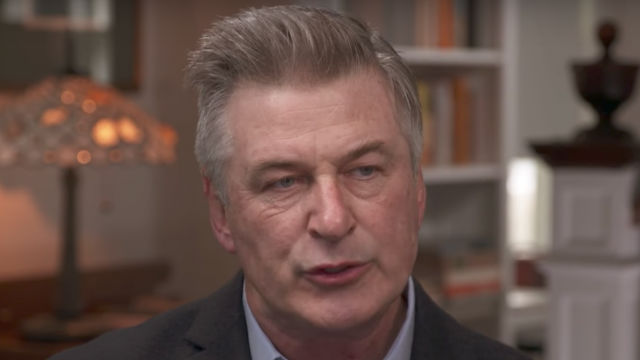 Actor and comedian Alec Baldwin slammed talk show hosts Stephen Colbert and John Oliver in a tweet today for not sticking to “chit chat,” and instead turning their programs into “grand juries.”

“Talk shows were once promotional pit stops for some blithe chit chat about movies, etc. Now the likes of @iamjohnoliver and @StephenAtHome have flipped that and they are beginning to resemble grand juries,” said Baldwin in a post — referencing recent the late night show hosts who have pushed celebrities on misdeeds.

Talk shows were once promotional pit stops for some blithe chit chat about movies, etc. Now the likes of @iamjohnoliver and @StephenAtHome have flipped that and they are beginning to resemble grand juries.

The incident that seems to set Baldwin off was the Last Week Tonight host challenging actor Dustin Hoffman over an alleged 1985 incident in which “The Graduate” star is said to have sexually harassed a 17-year-old assistant.

“This is something we’re going to have to talk about it’s hanging in the air,” said Oliver during a panel he was hosting for an anniversary screening of Wag the Dog.

The tense exchange led Hoffman to defend himself by replying, “It’s hanging in the air? From a few things you’ve read you’ve made an incredible assumption about me.”

Oliver heightened tensions with Hoffman by saying his defense and subsequent vague apology “feels like a dismissal.”

Bush was fired by NBC last year for his role in the highly publicized recording, but he appears to be attempting a comeback/apology tour of sorts.

As for Baldwin, the actor may have felt incentivized to publicly slam the hosts as he currently in the process of creating his own talk show, per The Hollywood Reporter.

ABC is reportedly working on a program that would resemble Baldwin’s popular Here’s The Thing radio show. However, details behind the talk show have not been totally hashed out and the network has not made any official announcements yet.