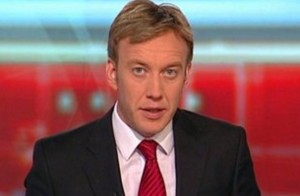 The BBC has apologized after a Radio London host argued during a segment that the nation of Israel “hasn’t really worked out.”

Presenter Chris Rogers was fielding a question from a caller Tuesday, who argued the United Kingdom should deport more migrants. “Why can’t they put a load of them in Africa?” the caller argued.

“Is just dumping families from all over the world, with lots of different cultures and reasons for fleeing – is just dumping them in a new state, if we do Israel all over again, is that really the answer?” Rogers responded. “I mean, Israel arguably hasn’t really worked out, has it?”

The British Jewish organization Board of Deputies spoke out against Rogers’ comments after listeners complained. “Considering the challenges it has faced from hostile neighbours, Israel has been a huge success, economically, culturally and politically, and is the only liberal democracy in the region. Mr Rogers should clarify or apologise for his comments,” they said in a statement.

The BBC did indeed issue an apology in response: “Chris Rogers was trying to challenge the caller’s point by finding a historical comparison and in the heat of a live programme discussion he picked the example of Israel. He accepts that his words might have implied criticism of the creation of the state of Israel which was not his intention. BBC Radio London apologises if any listener was offended.”