Before Executive Order, Trump Reportedly Said Separating Families Was a Good Deterrent: ‘My People Love It’

Before Executive Order, Trump Reportedly Said Separating Families Was a Good Deterrent: ‘My People Love It’ 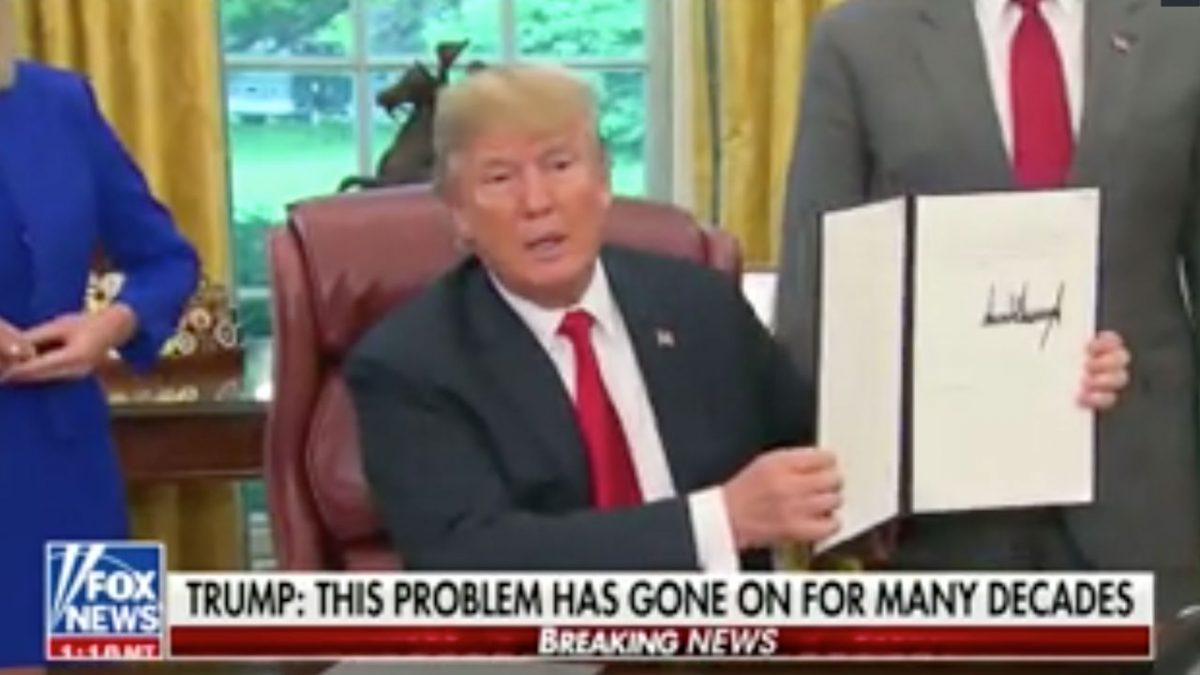 The New York Times has a behind-the-scenes look at the White House chatter prior to President Donald Trump signing an executive order to end family separation.

Publicly, Trump had said Congress (particularly the Democrats) should act on this, blaming them for the policy his administration put in place.

Privately, as the Times reports, Trump “repeatedly changed his mind” over what he actually wanted to do up until he eventually signed the order:

The president’s whiplash-inducing order caught several people by surprise. Just a day before Mr. Trump signed it, one person close to the president said that he told advisers that separating families at the border was the best deterrent to illegal immigration and that he said that “my people love it.”

But now that the executive order is signed, and officials are trying to carry it out, Trump has gone back to going after the Democrats on immigration, saying they just want to obstruct:

Elect more Republicans in November and we will pass the finest, fairest and most comprehensive Immigration Bills anywhere in the world. Right now we have the dumbest and the worst. Dems are doing nothing but Obstructing. Remember their motto, RESIST! Ours is PRODUCE!

We must maintain a Strong Southern Border. We cannot allow our Country to be overrun by illegal immigrants as the Democrats tell their phony stories of sadness and grief, hoping it will help them in the elections. Obama and others had the same pictures, and did nothing about it!