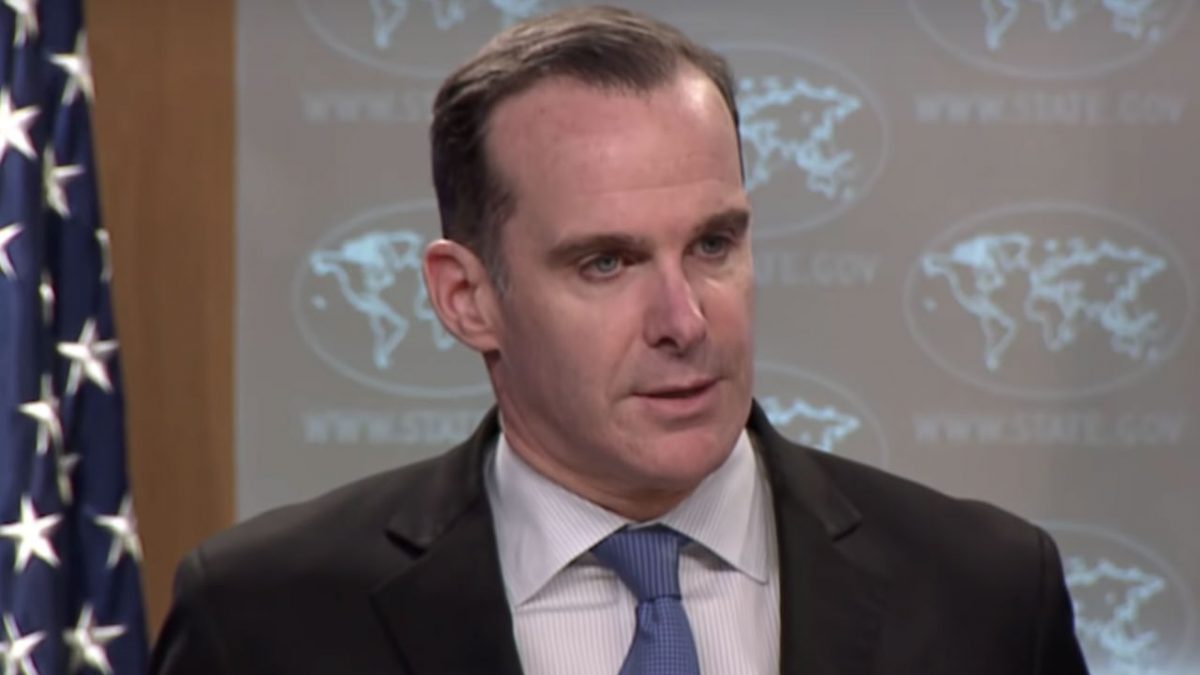 Mere days after the shock resignation of Defense Secretary James Mattis, the top United State envoy to the Global Coalition to Defeat ISIS has now reportedly resigned as well.

CBS News first broke the news this morning, and reveals that while Brett McGurk was set to leave in February, he abruptly submitted his resume to Secretary of State Mike Pompeo yesterday after President Donald Trump‘s announcement on withdrawing from Syria.

And it turns out that earlier this month, McGurk was publicly dismissing the idea that the U.S. could just “leave now”:

He told reporters that ISIS inhabited just one percent of the territory they once held thanks to the success of the U.S.-led campaign but still maintained a dangerous level of influence.

“I think it’s fair to say Americans will remain on the ground after the physical defeat of the caliphate, until we have the pieces in place to ensure that that defeat is enduring.”

McGurk went on to say, “it would be reckless if we were just to say, well, the physical caliphate is defeated, so we can just leave now. I think anyone who’s looked at a conflict like this would agree with that.”

You can watch part of those remarks here, via CBS: