Breitbart Columnist: If Only Rodger Had Played Sports This Wouldn’t Have Happened

Breitbart Columnist: If Only Rodger Had Played Sports This Wouldn’t Have Happened 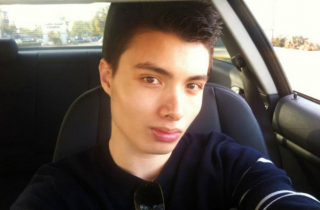 Following any type of large scale act of violence there comes the inevitable finger-pointing, pop psychoanalyzing, and cultural state of the union sermonizing. Some of it it helpful and informative, like the #YesAllWomen discussion. Most of it is dumb. The higher profile the case, the harder it is for an enterprising content creator to elbow their way into the conversation with the increasingly diminishing returns of fresh takes available.

That results in pieces like this one from Breitbart’s Daniel J. Flynn, who’s broken apart from the hectoring crowd of overly sensitive feminists and anti-gun wimps to take a brave stance in favor of the real victims in this tragedy: Strong men.

You might have thought that the objects of Rodger’s hate-filled invective and vermin-infested worldview were the women that he spent the vast majority of his rambling manifesto railing against, but you’d be mistaken, Flynn suggests. Contrary to what hysterical social justice warriors and hashtag slacktivists might suggest, this shouldn’t be a discussion about male sexual entitlement, it should be one about wimpy boys who need toughening up through the constitution-fortifying distraction of red-blooded American sporting. It was Rodger’s inability to live up to this admirable template for masculinity that was the real trigger here.

“If jocks were a race or sports were a religion, it would be easy to see Elliot Rodger’s murder spree as a hate crime,” he writes, before detailing a few passages from the alleged killer’s screed. The solution? “Don’t player hate. Player participate.”

Instead of rubbing some dirt on his sore vagina, and getting back onto the field, like a real American boy would, Flynn says, Rodger remained on the sidelines:

But Rodger sought to participate in neither games nor life, believing good things should happen to him. He didn’t grasp, a lesson that sports surely impart, that he should have tried making good things happen. His language drips with this passive entitlement, e.g., lamenting on his YouTube rant: ‘I have never even been kissed by a girl.’ Why the ‘been’?

Exactly. You don’t let a girl kiss you, you go out and get what you want, much like running for a touchdown or something. Just think: If only Rodger had been less passive, all of the people he murdered might still be alive. Sports, you see, drain the violence impulse right out of you:

Sports channel aggression—the testosterone that Rodger couldn’t deal with—in a healthy direction. They give participants a sense of accomplishment and esteem. They eradicate feelings of superiority, over a racial or any other group, and humanize others through friendly rivalries and challenges on the gridiron, diamond, hardwood, ice, and beyond. They impart discipline, focus, and long-term goal making. They foster camaraderie by forcing kids to cooperate with their peers and respect by forcing them to compete with them. They combat depression by releasing endorphins. They teach kids that winning takes effort and action rather than entitlement and passivity. They provide purpose in youth and life lessons for adulthood. Rodger, who could have used institutionalization most, could have used all this first.

Pull yourself up by your cleat-straps, in other words. If only there were a recent example of an athlete who committed an act of violence against women that we could contrast this with. It’s a good thing sports eradicate any feelings of racial superiority too.

In short, if only we encouraged young men to act more like men then we wouldn’t have another sad instance like this of a young man acting like a man.