Buzzfeed Editor-in-Chief Reacts to CNN: We’re Not Going to ‘Divide Media Against Each Other’ 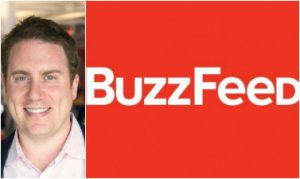 Buzzfeed Editor-in-Chief Ben Smith has offered an initial response after getting pummeled by both Donald Trump and CNN today.

Trump used an explosive press conference to rail against Buzzfeed‘s dossier of unverified reports about the president-elect being compromised by Russia. Even though CNN reported on the matters first and did not invoke the unproven, crude details from Buzzfeed, they also became a major target for Trump’s anger during this event.

CNN’s Jake Tapper has been putting distance between the network and Buzzfeed, saying that the outlet’s material was “uncorroborated” and they were “irresponsible” in publishing it. CNN has put out a statement as a network, defending their “carefully sourced” reporting and accusing the Trump team of using Buzzfeed to “deflect” from it.

Huffington Post reporter Michael Calderone got in touch with Smith, who had this to say as a reaction:

And he said BuzzFeed still stands "by the decision to publish a newsworthy
document." https://t.co/R9eGNuW98n

Smith noted last night that Buzzfeed’s report was “unverified,” and that there is “serious reason to doubt” their dossier’s allegations.