BuzzFeed Week In Review: The Most Viral Stories Of The Last Week 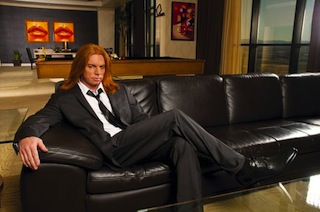 Thanks to our friends at BuzzFeed, here’s a run down of all the funniest, weirdest, most disturbing, and all around best viral stories of the past week!

Picture’s from last week’s Coachella music festival found their way back to civilization and the web has enjoyed
gawking at the fanny-packed douchebags. Vanessa Hudgens was spotted licking some mysterious white substance off her fingers, while many debated whether it was MDMA, semen, or an innocent Fun Dip. Thanks to The Creators Project, more than 1200 glowing balloons fell from above during Arcade Fire’s performance, absolutely blowing this dude’s mind.

Portal 2, the sequel to the award winning teleportation-puzzle game from Valve Corp was released Tuesday after four years of development. It’s hard to overstate my satisfaction. I’d hate to give away too much in spoilers, but Time gave it their first perfect 10, and at least one college professor postponed a lecture due to so many students calling in sick.

HBO’s new series Game Of Thrones premiered Sunday to mixed reviews. The New York Times’ Ginia Bellafante called the show something that “no woman alive would ever watch,” raising the ire of many a medieval fantasy drama geek girl. Adweek praised marketing agency Campfire for building up pre-show buzz with their well executed online puzzle game hooking the hardcore fans. Premiering to 2.2 million viewers on its first night, HBO immediately renewed the show for a second season.

Prop comic and living spectacle Carrot Top straightened his famous ginger curls for the cover of Las Vegas Magazine. As a popular entertainent list item of the week, the image gained tens of thousands of views across various entertainment sites, the likes of Gothamist, The Superficial, and Pink Is The New Blog.