Carl Bernstein: Trump’s ‘Presidential Lying’ Makes Him the ‘Most Dangerous Enemy of the People’

Carl Bernstein: Trump’s ‘Presidential Lying’ Makes Him the ‘Most Dangerous Enemy of the People’ 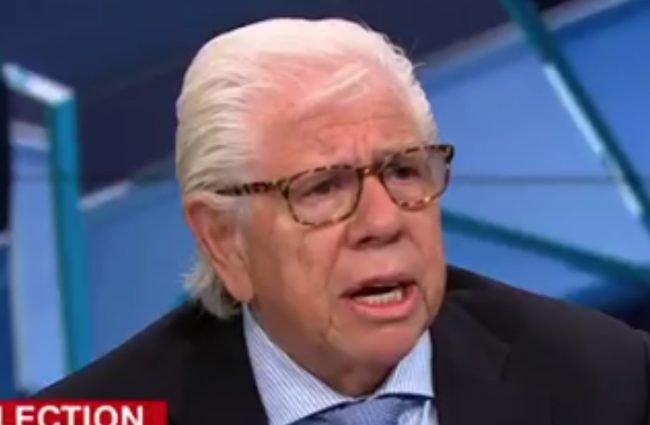 Veteran journalist and Watergate reporter Carl Bernstein hammered President Trump today for saying that the political media is the “enemy of the American people.”

The president is getting significant blowback recently, both for blasting the press during his Thursday press conference, and for a tweet yesterday that lists several major outlets as “the enemy.” Bernstein has been critical of Trump for months, and he now says that Trump’s slams against the press are on a “more treacherous” level than Richard Nixon:

The most dangerous ‘enemy of the people’ is presidential lying–always. Attacks on press by @realDonaldTrump more treacherous than Nixon’s.

Real news (not fake) is that @realDonaldTrump trying to make conduct of press the issue instead of egregious (and unhinged)conduct of POTUS.

When focus of press was on Hillary’s server–by same ‘fake news’ orgs/’enemies of the people’ cited by @realDonaldTrump–he saw patriots.