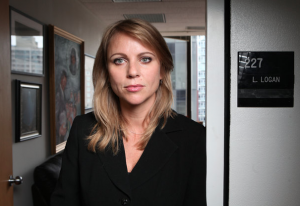 During a keynote address at the Better Government Association’s annual luncheon, Lara Logan, a correspondent for 60 Minutes, said Washington narrative about the decreased threat from the Taliban is “nonsense.” There’s “a major lie being propagated,” she said.

In what the Chicago Sun-Times‘ Laura Washington called a “provocative speech,” Logan said the Taliban and al Qaeda still hate Americans, now more than ever.

“I chose this subject because, one, I can’t stand that there is a major lie being propagated,” Logan said.

She went on to explain said lie:

“There is this narrative coming out of Washington for the last two years,” Logan said. It is driven in part by “Taliban apologists,” who claim “they are just the poor moderate, gentler, kinder Taliban,” she added sarcastically. “It’s such nonsense!”

Washington noted that Logan stepped out of her “objective” role as a journalist as she spoke of poring through documents and interviewing U.S. commanders and well as Afghanistan’s president and a Taliban commander. Al Qaeda and the Taliban are gearing up and recruiting new terrorists, the Sun-Times reported her saying.

Logan further commented on the recent attack in Libya, calling for retribution following the killing of Ambassador Chris Stevens:

Logan even called for retribution for the recent terrorist killings of Christopher Stevens, the U.S. ambassador to Libya, and three other officials. The event is a harbinger of our vulnerability, she said. Logan hopes that America will “exact revenge and let the world know that the United States will not be attacked on its own soil. That its ambassadors will not be murdered, and that the United States will not stand by and do nothing about it.”

In the piece, Washington noted that as a journalist, she found Logan’s opinionated address made her “queasy” — while as an American, she was “frightened.”