Chelsea Clinton Defends Barron Trump From Online Trolls: Let Him ‘Be a Kid’

Chelsea Clinton Defends Barron Trump From Online Trolls: Let Him ‘Be a Kid’ 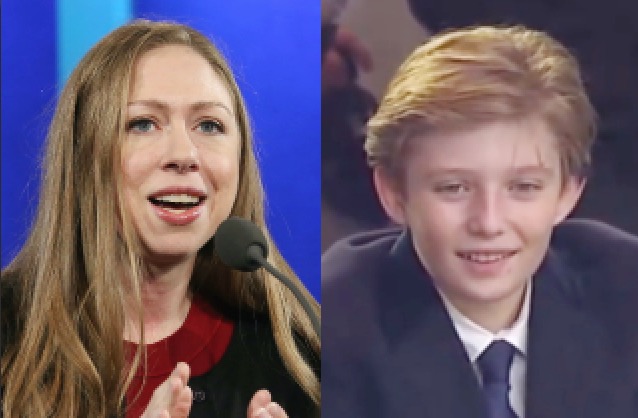 Chelsea Clinton‘s mother might have lost the 2016 election, but the former First Daughter is saying she does not approve of the people attacking President Trump by slamming his 10-year-old son.

Barron Trump has not been immune to mockery that critics have shown online during his father’s rise to political prominence. While slams on the children of politicians is typically frowned upon, the trolling has not stopped even after the new president was sworn into office this weekend.

While Hillary Clinton‘s daughter called for action against Trump’s policies on Sunday, she did offer a defense of Barron by suggesting that people ought to leave the boy alone: