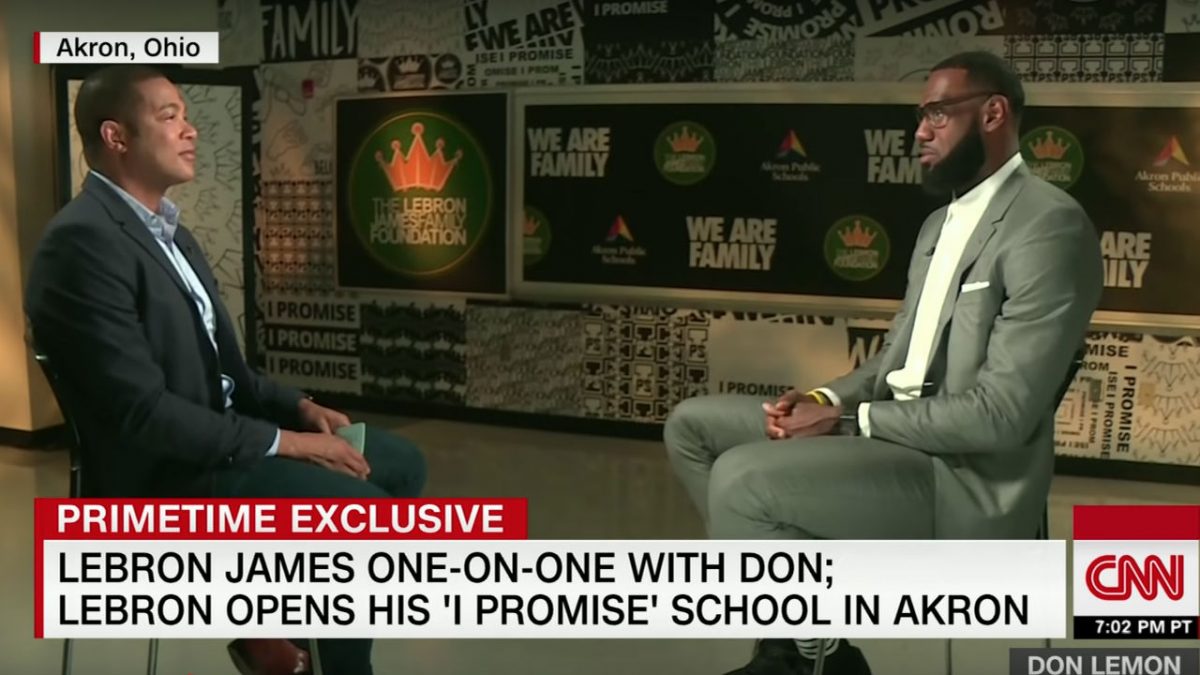 President Donald Trump has made a point of saying, on multiple occasions, that he doesn’t watch CNN.

But last night Don Lemon showed part of his interview with LeBron James––promoting his new I PROMISE school––and minutes later Trump tweeted out this insult at both men:

Now, leaving aside the whole “why in God’s name is Trump doing this again” angle, CNN actually sent this snarky tweet to the President as a response:

Sounds like @FLOTUS had the remote last night. ? We hope you both saw the incredible work of @KingJames. #BeBesthttps://t.co/3Ok0z9Z6Ro

The “#BeBest” should go without saying, but the reference to First Lady Melania Trump having the remote is about a recent New York Times report that the President was angered when he saw the Air Force One TV was tuned to CNN instead of Fox News… and FLOTUS was the one watching.

A spokeswoman for the First Lady said in a subsequent statement that Melania Trump will watch “any channel she wants.”