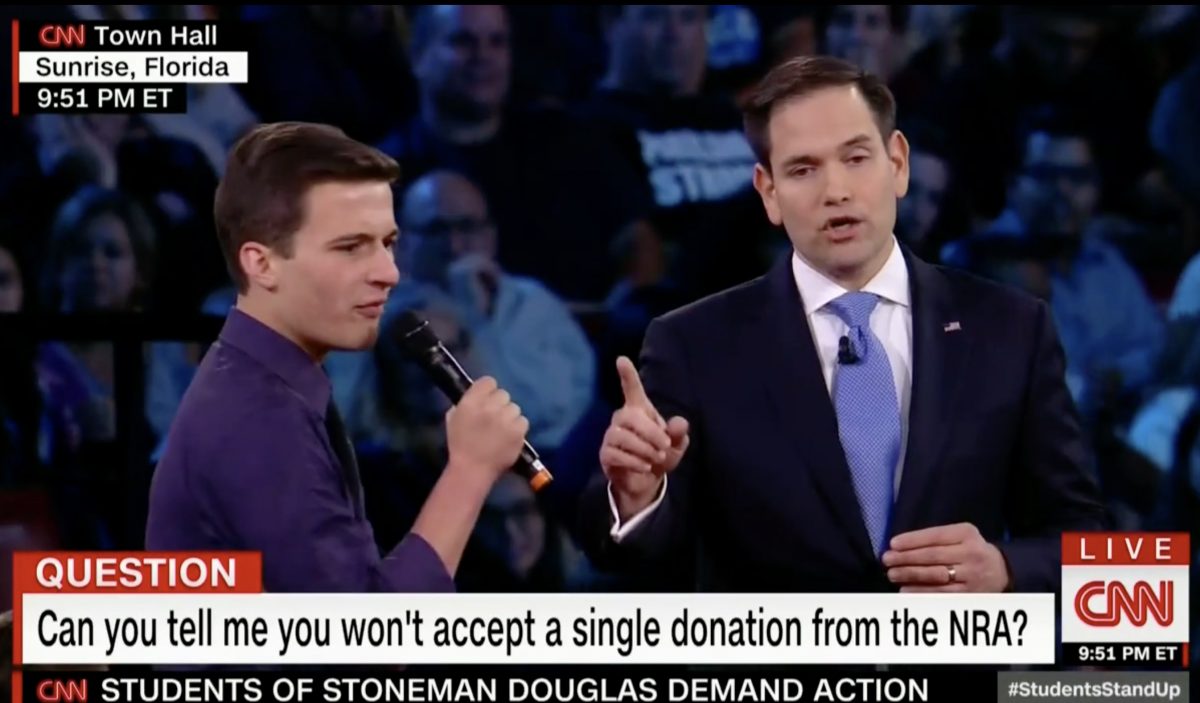 CNN is vigorously denying a charge made by a Parkland school shooting survivor that the network attempted to script questions for him during Wednesday night’s town hall.

The accusation was made by Marjory Stoneman Douglas High student Colton Haab — who told WPLG-TV in Florida that CNN was trying to censor him.

“CNN had originally asked me to write a speech and questions, and it ended up being all scripted,” Haab said.

In a statement provided to Mediaite, CNN spokesperson Richard Hudock responded to the claim:

There is absolutely no truth to this. CNN did not provide or script questions for anyone in last night’s town hall, nor have we ever. After seeing an interview with Colton Haab, we invited him to participate in our town hall along with other students and administrators from Marjory Stoneman Douglas High School. Colton’s father withdrew his name from participation before the forum began, which we regretted but respected. We welcome Colton to join us on CNN today to discuss his views on school safety.

A CNN insider tells Mediaite that it became evident that Haab wanted to deliver extensive remarks on the subject of arming teachers. The network insider claimed that when Haab was informed that the event was not the proper forum in which to deliver a full speech, Haab’s father pulled him from the Town Hall.