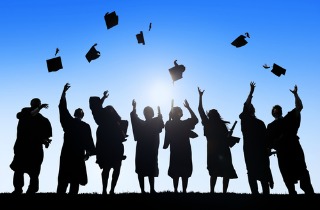 If you watch certain corners of cable news, you’ve heard the following sentence about 18 times in the past hour: “We need to have a national conversation about race.”

Of course, that conversation will consist of the need to reform the way police go about their business in this country. What will largely be ignored is something a Democrat predicted 50 years ago would hurt the black community most: The breakdown of the two-parent family structure.

Per the late Daniel Patrick Moynihan’s 1965 Black Poverty Report, when he was serving as Assistant Labor Secretary at the time. Note: Moynihan — who later became a New York Senator in 1977 — was also a respected sociologist.

About a quarter of (black) families are headed by women. The divorce rate is about 2 1/2 times what it is [compared with whites]. The number of fatherless children keeps growing. And all these things keep getting worse, not better, over recent years.

Moynihan’s fear 49 years ago has been realized, as the most recent report by the Centers for Disease Control indicates 72 percent of children in the African-American community are born out of wedlock. Hold that thought as we fast forward to a Monday report by WWOR-TV (New York City area) regarding recent SAT scores in a New Jersey city:

In Paterson, New Jersey only 19 kids who took the SAT’s are considered college ready. This means that they scored at least a 1500 out of 2400 on the standardized test, and this number is truly shocking considering how large the school district is (50 public schools and over 24,000 students altogether).

This number, 19, isn’t terribly surprising to me since Paterson is only ten minutes from my current home and my older brother directs a trade school there. The city population is almost exclusively hispanic and black, and I’ve witnessed the poverty firsthand since growing up near there (Wayne) as well. Still, the trade school (specializing in welding, electric, plumbing, building maintenance) sees its classrooms full every day and the number of classes offered expanding by the year. Fortunately, the school–which is infinitely more affordable than college–is seen as a viable option for those quickly realizing the importance of earning upon entering the real world. Best part: The chances of graduates finding steady work afterward is over 80 percent, according to HoHoKus School of Trade job placement statistics. Simply put, the laws of supply and demand have never been more robust than it is now in the trade industry, hence the heightened need for certified specialists. If you’ve been to Paterson or have read about its mighty struggles, you know this is truly a success story to behold. Not only are teens and young adults (mostly minorities) getting the training and skills they need, but most are finding jobs almost immediately in the process (some have even been hired back as instructors). The school also employs plenty of folks from the area as well.

But education, family structure, dropout rates and stressing alternatives like trade schools post-high school still aren’t any part of the aforementioned national conversation. All we keeping hearing about in some circles of cable news is why the biggest threat to black male youth are white police officers, about a war on black youth, even some who shouldn’t be allowed anywhere within 100 feet of a studio calling it “genocide.” Never mentioned in the war rhetoric are these kind of stats: 85 percent of whites graduate high school while only 76 percent of hispanics and 68 percent of blacks do, according to America’s Promise Alliance, a group founded by Colin Powell. That number drops to 52 percent if only looking at black males.

So it appears the much bigger threat are both the lack of a father figure and not taking education remotely seriously. At Michael Brown‘s high school, for example, just 53 percent of all students graduated high school last year (86 percent is the Missouri state average), leading the St. Louis Dispatch to call it, “The Most Dangerous High School in the Area” in a 2013 headline, long before the world heard of Brown.

Former NBA great and the most candid and courageous studio commentator in the business (sports or otherwise)–Charles Barkley—has been front and center this week regarding his comments around the verdict out of Ferguson, calling looters “scumbags” and said that “key forensic evidence,” and several black witnesses, supported Officer Darren Wilson’s story. Lost in that interview was Barkley’s perspective on black education and two-parent families, to which he said this:

There are a lot of black people who are unintelligent, who don’t have success. It’s best to knock a successful black person down ’cause they’re intelligent, they speak well, they do well in school, and they’re successful. It’s crabs in a barrel. … We’re the only ethnic group that says, ‘Hey, if you go to jail, it gives you street cred.’ The concept of “crabs in a barrel” isn’t new, and it’s universal. If you’ve ever seen a bucket of crabs at the market, the ones at the bottom will try to pull down the crabs that are closer to the top. I lived this, and if it weren’t for my parents I wouldn’t have pushed through it,”

We’re told it’s time to have another national conversation about race. The black community’s mistrust in the police is an issue that needs to be addressed and healing is imperative. Body cameras — as advocated in this space in the past — will help take some ambiguity out of the equation in this regard.

But the root of the problem goes far deeper than what happened between Darren Wilson and Michael Brown. It can’t be expressed in eight-second snappy soundbites or by booking the usual exploiters of these situations who bring nothing but noise instead of solutions.

The conversation may be happening, but the agenda is way off.