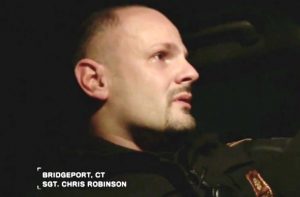 Last night’s Live PD on A&E captured a moment of raw emotion from a Connecticut police officer reacting to an unresponsive 1-year-old who he had just escorted to the hospital.

Live PD host and Mediaite founder Dan Abrams went live to Sgt. Chris Robinson, an officer in Bridgeport, who began talking about the fact that it did not look like the baby survived. It has since been confirmed that Bridgeport police are now investigating the death of a 1-year-old.

Robinson started to tear up as he talked about the horror of responding to a call like this:

You can watch the heart wrenching video above, via A&E.