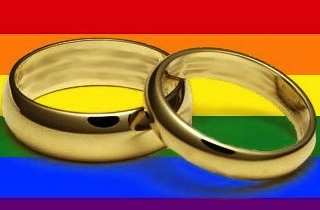 The U.S. Supreme Court is about to make a decision on marriage equality and believe it or not, some people are still trying to fight the inevitable. A petition written up by anti-gay pastor Rick Scarborough doubles down on the commitment to oppose any decision by SCOTUS in case it does end up ruling in favor of marriage rights for all by name-dropping none other than Dr. Martin Luther King, Jr., comparing the conservative “religious freedom” movement to the civil rights movement of the 1960s. Without any irony whatsoever. And it’s something that’s really catching on, which is a little scary because it’s like they have no idea who Martin Luther King is.

This has been the dialogue for the past couple of years now, homophobic Christians claiming that their religious freedom, ensured by the First Amendment, was being infringed upon by people having the nerve to live their lives differently. They would get really serious about this “freedom” thing, claiming that they — predominantly white Christian conservatives — were now in the same place that black Americans were in the 1960s when they were forced to put up with segregation, Jim Crow, police brutality, etc. It’s kind of adorable, really. Here is an excerpt from the petition:

To the members of the Supreme Court I say: There are tens of thousands of people of faith, in fact, hundreds of thousands, if not millions, whose faith and conscience will not allow them to respect any decision that fundamentally rejects their God, His Word and the natural order. If a majority of the court redefines marriage, thousands of Christians will respectfully refuse to acknowledge such a ruling has jurisdiction over their lives.

In the spirit of Dr. Martin Luther King, we will view any attempt to enforce such a ruling as unjust, and our duty to the Constitution, more importantly, our duty to our God, will force us to disrespect it.

We will obey God rather than man.

And then, at least according to Godwin’s Law, Scarborough goes on to lose his argument by using Nazi Germany as a comparison:

The Supreme Court was wrong when it denied Dred Scott his rights and said, “blacks are inferior human beings.” And the Court was wrong when Justice Oliver Wendell Holmes wrote in Buck v. Bell, “three generations of imbeciles are enough,” thus upholding Virginia’s eugenics law that permitted forced sterilization. Shamefully, that decision was cited during the Nuremburg trials to support the Nazi eugenic holocaust.

The petition currently has over 50,000 signatures including those belonging to Republican presidential candidates Mike Huckabee and Rick Santorum as well as their best buds the Duggars. They’re going to ignore a Supreme Court ruling, which is cute because ignoring laws in the name of God when God teaches you to respect and love thy neighbor seems, I don’t know, stupid?

It’s stupid. This is a stupid petition, but as we know, online petitions are basically pointless. They can ignore SCOTUS all they want, but they will probably find out soon enough that marriage equality won’t have very much to do with their lives in the end and they will simply live and let live. You know, like conservatives really want from their tiny government.

[h/t The Frisky]
[image via Shutterstock]