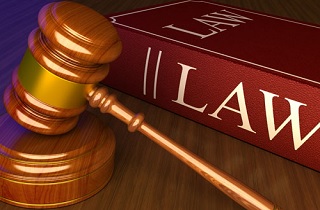 On Tuesday night’s The Rachel Maddow Show, host Rachel Maddow bit off more than she could chew, and now, conservative media watchdog Newsbusters is making the MSNBC star eat her words. Maddow took aim, once again, at would-be veracity cops Politifact over their ruling that Martina Navratilova‘s completely true statement was, somehow, only “Half-True.”

Having already fired Politifact in a previous rant, Maddow had nowhere else to go but to urge legal action against the fact-checking outfit, suggesting a suit for custody of the mistreated word “fact.”

In case you missed it, Politifact examined Navratalova’s statement, made in the wake of NBA player Jason Collins’ coming out, that “In 29 states in this country you can still get fired for not just being gay, but if your employer thinks you are gay.”

According to the Human Rights Campaign, a gay-rights group, 21 states plus the District of Columbia explicitly prohibit employment discrimination based on sexual orientation. The remaining 29 do not. (This map shows the legal situation by state.)

But while Navratilova gets the number right…

“Gets the number right.” That would be the number of states in which employers can discriminate against employees over their sexual orientation, or perceived sexual orientation. That means she gets the everything right, since that’s exactly what she said. Politifact goes on to point out that, in those 29 states, there are certain types of employees who may enjoy certain protections against discrimination (government employees, certain localities, companies which voluntarily don’t discriminate), which would be relevant if Martina had said a different thing, like “All of the people in 29 states enjoy no protection at all against discrimination,” but is completely irrelevant to the truth of what she actually said. In their summation, Politifact says “If you frame this statement in the context of blanket protections by states, she’s correct.”

In blasting Politifact once again (a favorite pastime of Maddow’s, and mine), Maddow said “The statement you were supposed to be fact checking is true, and until somebody figures out how to sue you in order to retrieve the meaning of the word ‘fact’ from the dark and airless hole you have stuffed it into, PolitiFact, then no, it is not OK for you to just make this stuff up.”

Newsbusters blogger Jack Coleman, who also doesn’t know how to evaluate the truth of Navratalova’s statement, does nail Maddow on the legal merits of her plan:

As for someone who might sue PolitiFact for its alleged misdeed here, how about Navratilova, the party allegedly harmed? Such a lawsuit would get hooted out of court. Instead of suing PolitiFact, Maddow would much rather that someone silence them, permanently, preferrably her.

He’s got her there. Additionally, a sandwich containing knuckles does not sound appetizing, and the value of birds depends little on their location relative to “the bush.”

Maddow’s joke about suing Politifact really gets at the problem with the site, and its frequently questionable rulings. Fact-checking outfits have, in effect, taken custody of the word fact, and the harm they do when they pervert their own form is not evident in the things they get wrong, but in that it renders meaningless the things they, or anyone else, get right. This is what the right-wing wants, for mainstream journalism to become so discredited that everyone’s version of “facts” receives equal weight.