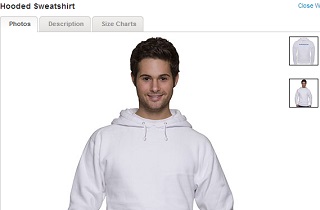 The Washington Post is under fire for its decision to publish an op-ed, by columnist Richard Cohen, which posits the hooded sweatshirt (or “hoodie”) as the “uniform” of “urban crime,” which is the “disproportionate” province of young black males like Trayvon Martin, who was “understandably suspected” by acquitted killer George Zimmerman. The paper stands by the decision to publish the column, which The Washington City Paper‘s Mike Madden tried to square with the fact that The Washington Post sells its own line of urban crime uniforms:

Washington Post columnist Richard Cohen wrote this morning that Trayvon Martin was killed because he was wearing “a certain uniform,” one that he tellsPolitico are “what’s worn by a whole lot of thugs.”

That uniform—a hooded sweatshirt—is described like this on the Post‘s online store (brought to Washington City Paper‘s attention by the Huffington Post’sAaron Bycoffe):

“The hoodie: the perfect utilitarian piece of clothing. Stay warm and comfy cozy in your pullover Hooded Sweatshirt.”

Madden went on to suggest that readers send Cohen his own Washington Post hoodie, in care of the paper, in order to help Cohen “look like the thug his column makes clear he is.”

While Madden’s commentary would seem to be a neat case of “Gotcha!” hypocrisy-porn, a closer look at the WaPo hoodie page that he references demonstrates that there’s no conflict at all. As Cohen points out, the hoodie is only an urban crime uniform when worn by “young black males,” and if you click on the little icon at the WaPo shop, you get this pop-out photo of the paper’s hoodie: 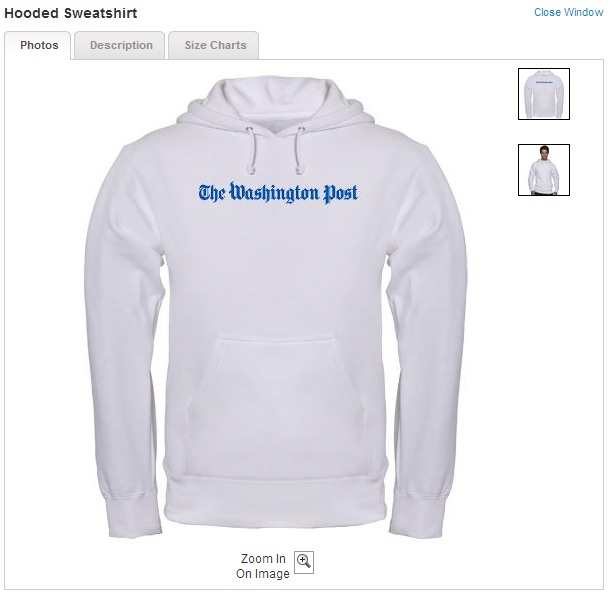 That photo has a little icon you can click if you want to see what a hoodie looks like on a person (although, for some reason, the model is wearing a pure-white, non-logoed hoodie), and if you click it, you can see that their hoodie model doesn’t begin to qualify as an understandably suspected young black male: 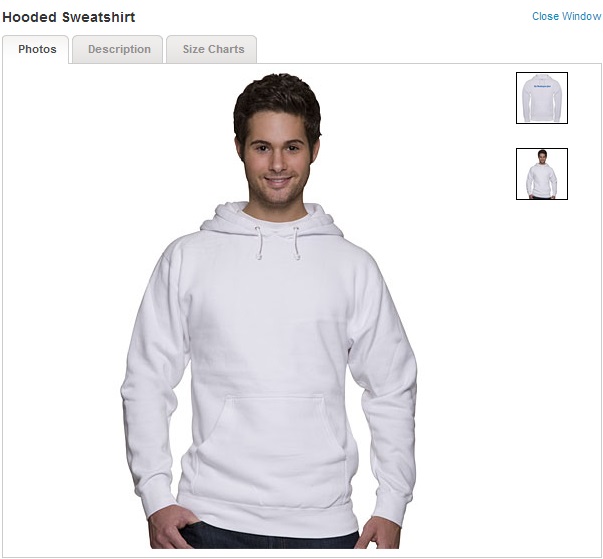 So ,there you have it, folks, hoodies for me, but not for thee. As Cohen’s column, and Fred Hiatt’s defense of it, appear to indicate, The Washington Post knows their audience.