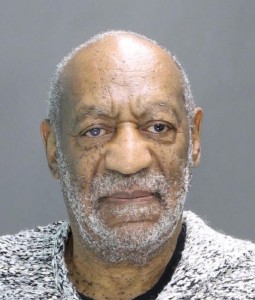 Barring big breaking news like a terror attack or natural disaster, get ready to be overwhelmed (and utterly annoyed) with all-things-Cosby for the foreseeable future. Legal analysis around process and statutes and technicalities will be shoved down our collective throats courtesy of the usual cadre of cable news TV lawyers ready to provide insight into a case pretty much no one supports the defendant on.

First, a few things out of the way: From all appearances, Cosby should go to jail until he expires. This isn’t a matter of he said-she said… it’s a matter of he said-an-NFL-sized-roster-number of women said. Note: Nobody is discounting due process, but the media coverage around this — as we’re unfortunately seeing already — far exceeds what the situation requires. Because know this: Cosby is 78 years old. He hasn’t been relevant on the national scene for nearly 30 years. Here’s hoping justice is served. But let’s not pretend this is the trial of the century, because the man once dubbed “America’s Dad” has already been easily convicted in the court of public opinion. There is no suspense here. But cable news will proceed with overplaying this story anyway, because that’s where its roots are going back to 1994.

Yes, CNN had been in existence since 1980 well before the OJ trial, but the advent of cable news in the form we see it today began with Judge Ito, Johnny Cochran, Robert Kardashian, Marcia Clark, and Orenthal James. CNBC covered the trial nightly, with Geraldo Rivera dominating the ratings landscape as the host of Rivera Live (he would move to Fox News in 2001). Over on CNN, its rising star was Greta Van Susteren, who delivered candid analysis as the network’s legal correspondent covering O.J. at all hours of the day and evening (Van Susteren became such a household name that she went on to host two programs on CNN before moving to Fox shortly after Rivera in 2002). Back in ’94-’95, Fox News and MSNBC were only ideas being chiseled into an eventual launch for each the following year.

Because of its ratings dominance, the O.J. trial was the turning point when the line between hard news and sensationalism was blurred forever. For the first time, the New York Times cited the National Enquirer as a legitimate source (which was undoubtedly horrifying for the Grey Lady’s old guard). Serious news programs like Nightline resisted covering the trial as much as possible, limiting reports to just once a week because they saw it as more of an sensational Enquirer story than anything else. How much have things changed? Just think back to how the George Zimmerman and Jodi Arias trials have been covered in the not-so-distant past, both to game-changing ratings bumps.

But here’s where Simpson, Zimmerman and Arias are far different from Cosby: Those trials had some level of suspense to them (outcome uncertain). All had a fatality (or fatalities) element. Could Cosby be acquitted on some technicality or slick legal wrangling by his high-priced legal team? Of course. But here’s the question: Does the outcome of this trial really matter in the end? Cosby’s already be banished from entertainment. Already seen as a pariah in public. The Cosby Show has been pulled from television as if it never existed. There are calls for all honorary degrees awarded him to be revoked and his star on Hollywood’s Walk of Fame removed. Cosby may not sit in a jail physically as he should, but he’s already there in his head.

The situation is so reminiscent of the Roger Clemens trial, where the legendary pitcher was found not guilty of six counts of perjury back in 2012. But like Cosby, most fans had already found him guilty based on common logic (his fastball suddenly increasing in speed by 5 MPH — a big deal on the major league level — as he entered his late 30s makes the conclusion easy). Clemens paid millions in legal fees and the proceedings got plenty of attention. But in the end, is the seven-time Cy Young Award Winner in the Hall of Fame? No. Is his image repaired? No. Clemens is in the dubious same circle as Bonds, McGwire, Sosa and A-Rod: Great players who will always be tainted.

Same goes for Cosby. He could survive this trial, could get off, but justice has already been served. He’ll now live a life of no longer being beloved, no longer being able to work in the only job he’s ever known (entertainment). That won’t stop cable news from boring us to tears with overlong dissections of the opening and closing statements, every piece of evidence introduced, daily report cards on the prosecution and defense, and the worst part of all of this: dialogue and debate around legal process mostly only other lawyers find interesting to listen to.

Big celebrity and/or sensation trials are usually good for business in cable news. Bill Cosby may appear to check off those boxes, but there’s one much more important box not checked off: the big one around the result of this trial changing opinions almost everyone has around his bankrupt character. He may or may not be found guilty, but the suspense is non-existent.

No matter… you’re going to hear about this trial ad nauseam.

Welcome to the Cosby Show 2.0:

The cable news version without any real plot or anyone worth watching in the supporting cast.