‘Cracker’ Means Something Entirely Different In Florida: A Source Of ‘Pride’ 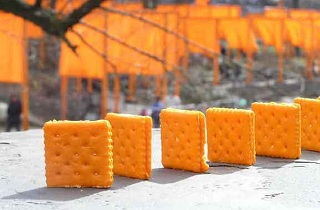 At the merciful close of key prosecution witness Rachel Jeantel‘s testimony in the trial of George Zimmerman for the murder of Trayvon Martin, defense attorney Don West asked Ms. Jeantel to describe the “culture” that she said uses the word “cracker” to describe white people. “The area I was raised in?” Jeantel asked, to which West replied “Yes.”

As it turns out, in the area in which Rachel Jeantel was raised, the word “cracker” isn’t a racial slur at all, but rather, a proud nod to the region’s history, and one’s own ancestry.

A whole mess of white people like to get worked up about the word “cracker,” some in the mistaken belief that this will somehow result in permission to use the n-word. Here’s a secret for you: you don’t need permission. This is America, go ahead and say it, and in the process, you’ll find out if “cracker” and the n-word are really the same thing.

Some of that worked-upedness has occurred over Rachel Jeantel’s revelation that Trayvon Martin referred to his eventual killer, George Zimmerman, as a “creepy-ass cracker,” which the Zimmerman defense has tried to capitalize on as a sign of racial animus on Mr. Martin’s part. Jeantel denied that there was anything racial about the comment, which many found strange. The term is, indeed, a somewhat derogatory term for white people. However, in Florida, the word “cracker” is anything but.

Many years ago, during a visit to Orlando’s Gatorland, one of the trainers regaled the group of tourists I was with by explaining the origins of the word “cracker” as a description of Floridians of pre-Civil War ancestry. He explained that Florida cowboys used whips to herd cattle, and to scare away gators, and were called “crackers” because of the sound of their incessant whip-cracking. He also explained that although the term is derogatory in much of the country, in Florida, it’s a source of pride.

In fact, the Wikipedia entry for “Cracker (pejorative)” even notes the distinction:

Cracker, sometimes white cracker or cracka, is a sometimes pejorative expression for white people, especially poor rural whites in the Southern United States. In reference to a native of Florida or Georgia, however, it is sometimes used in a neutral or positive context and is sometimes used self-descriptively with pride.

Now, it is entirely possible that Rachel Jeantel was referring to the common, derogatory use of the word, perhaps even likely, but its also possible that she and/or Trayvon Martin were referring to the non-pejorative use of the word, especially given Jeantel’s insistence that the word isn’t racial, and is region-specific. Don West, who looks like he ought to know the difference, never bothered to ask. It’s possible he just assumed the derogatory meaning, but you’d have to ask him why he would do that, why he would assume that two Florida residents could not have been using a Florida-specific colloquialism.