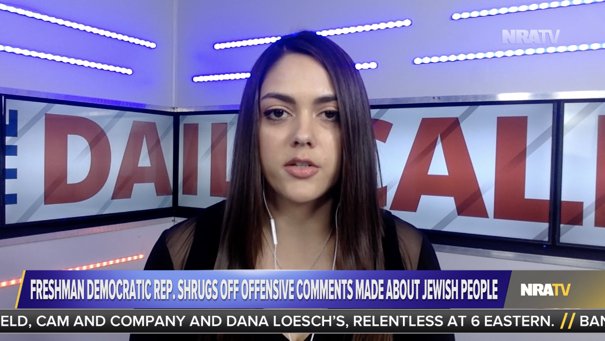 A reporter for conservative blog The Daily Caller apologized after old tweets of hers were unearthed featuring the racist and homophobic slurs as well as anti-Semitic jokes.

Daily Caller White House correspondent Amber Athey‘s old tweets were first posted by Timothy Johnson, a researcher for progressive website Media Matters. Johnson posting screenshots of the tweets was in response to a remarks Athey made on NRATV blasting a congresswoman for what she called a “horribly anti-Semitic tweet.”

The tweets have all been deleted, but archived versions remain online. In one from 2012, she wrote: “what happens when a jew with an erection walks into a wall? they break their nose.”

Shortly after Johnson posted those screenshots, Athey issued a statement saying she was “profoundly sorry.”

“I sincerely apologize for past tweets of mine from when I was in high school,” she wrote, adding that the tweets were “intended as jokes.”

“I understand now that they are not funny and are in fact extremely harmful,” Athey continued. “This past behavior does not reflect who I am today and will be one of the regrets I carry with me for the rest of my life.”

My statement on old tweets that have resurfaced. I am profoundly sorry. pic.twitter.com/8XVwoaKi6F