Dear Journalists: You’ve Got a Major Problem – and It’s Much Bigger Than Donald Trump
Opinion

Dear Journalists: You’ve Got a Major Problem – and It’s Much Bigger Than Donald Trump 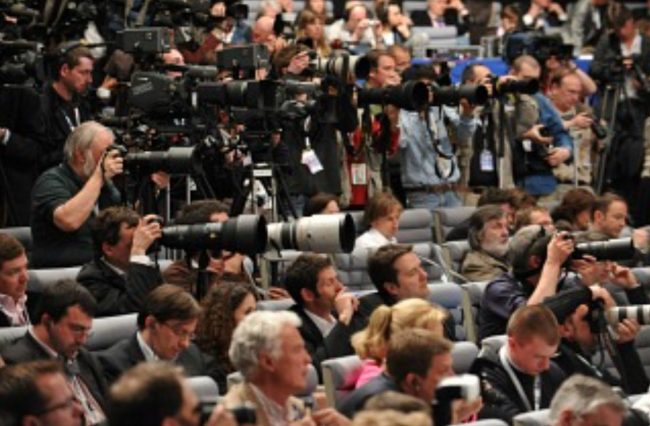 You’ve a got a major problem — and no, I’m not simply referring to President Donald Trump. But before I get into it, let me start by saying that it’s admirable to see so many of you so boldly standing up for the First Amendment, pledging to do a fervent job as you hold the Trump administration — as journalists should any administration — to account.

That said, I feel obliged to write this open letter to encourage you to think a little bit deeper, and to perhaps embark on a much-needed path toward introspection. While it’s certainly tempting to instantaneously push back against Trump’s seemingly ceaseless claims against the media, especially when he dubs the press the “enemy of the American people,” in addition to other intense anti-media jabs, the truth is: Trump isn’t totally wrong about his media qualms.

As I stated in an op-ed last week for Mediaite, the president’s claims are often over-the-top and unhelpful to the media bias discussion (for instance, the “enemy” label should be reserved for America’s greatest foes, not the media), and he has fostered, at moments, a loose and flippant relationship with the truth.

Still, your anger and frustration over Trump’s commentary is making it far too easy for many of you to ignore what the polls have been telling you for too long: The public doesn’t trust the media, and a plurality see journalists as holding a liberal bias. This, in fact, is nothing new.

You’re surely aware that scores of conservatives and Christians routinely accuse the U.S. media of holding anti-Christian and anti-conservative biases — allegations I cover in-depth in my new book, Fault Line: How a Seismic Shift in Culture Is Threatening Free Speech and Shaping the Next Generation. And as a trained journalist I’ve been increasingly concerned about the impact that the media, Hollywood, and universities are having on the public at large.

Let me just quickly recap some of the statistics that should force every single one of us to stop and do some deeper thinking about how we do news:

– A June 2016 Gallup poll found that just 8 percent of Americans expressed “a great deal” of confidence in newspapers and TV news.

– Only 23 percent of American respondents that they “believe that the news media attempts to report on news without bias,” according to the Newseum Institute.

– A 2014 Gallup report noted that 44 percent of Americans felt the press were too left-of-center, compared to 19 percent who said too conservative and 34 percent who selected “just about right.”

I dive deeper into these numbers in Fault Line, but there’s clearly something causing these perspectives to take hold, leading to widespread distrust or, at the least, uncertainty. And this was all well before Trump arrived on the scene. Many of you have simply dismissed the problem, ignored it or — perhaps more troubling — simply aren’t aware that it’s unfolding.

On the flip side, critics of the media sometimes assume there is a “vast left-wing conspiracy” of sorts at play in which values and political inclinations are strategically targeted and taken down, and that could, of course, be true in certain anecdotal scenarios. But most of you are devoted and hardworking and, I believe, there’s likely a deeper form of bias that creeps into many newsrooms: A lack of perspective as a result of not having enough people who understand faith and conservatism working in American media.

First, let’s consider newsroom ideology. While there’s not a ton of data revealing where journalists see themselves on the political spectrum, Pew Research Center’s Journalism Project (formerly the Project for Excellence in Journalism) has, over the years, asked reporters to name their political inclinations. In 2008 the survey found that a majority of national (53 percent) and local (58 percent) reporters called themselves moderates.

That said, an additional 32 percent of national and 23 percent of local reporters classified themselves as liberals. Perhaps the most stunning line in the report, though, reads as follows: “Relatively small minorities of national and local journalists call themselves conservatives” (8 percent national, 14 percent local).”

And with the growth of Internet news sites and blogs, the finding that online journalists tend to be even more liberal than national and local reporters was intriguing — 46 percent said they were moderate, 39 percent saying liberal, and just 9 percent self-describing as conservatives.

And on the faith front, there also appears to be some major divides between journalists and the general public, as the Pew Research Center revealed survey results in 2007 that found just 8 percent of journalists at national media outlets saying they attended church or synagogue each week, with 29 percent saying that they never attend services; an additional 39 percent said that they do go, but only a few times per year.

At the time, the Associated Press noted that Pew’s polling of the general public found a major disparity, with 39 percent of Americans going to church weekly — a notable difference when compared to the fewer-than-one-in-ten reporters who said the same.

The divide on the faith and political fronts is more than clear, though some correctly say that a journalist’s political affiliation does not necessarily prove a definitive bias in that person’s media work. That’s true, though it’s hard to imagine that an imbalance in ideology inside newsrooms doesn’t impact, to some degree, everything from story selection to how coverage is carried out.

Let’s say these biases do somehow — even unintentionally — shape news, impacting the selection of experts as well as the types of stories that are ignored by the press. Would it be safe to say that, over time, this would create an unfair environment in which the masses would be given imbalanced information? The tougher question, of course, is how to remedy the problem if it does, indeed, exist (which I believe it does).

Trump, aside, it’s time for every journalist to do a gut-check and think deeper about how news is being crafted and disseminated. Holding the president accountable while simultaneously taking an introspective look at how you are covering the news isn’t mutually exclusive. My fear is that Trump’s media critiques are leading some of you to dig in your heels without thinking deeper about the problems that have plagued media.

Plus, if we want to regain credibility among the masses, it’s time we do something to address the glaring perceptions and concerns we’ve been ignoring for far too long. Informational bias is a problem, and it’s one the public has consistently decried.
— —
Billy Hallowell, author of “Fault Line,” has worked as a journalist and commentator for over a decade, contributing to The Washington Post, Human Events, The Daily Caller, Mediate, The Huffington Post, and appearing on Fox News, FoxNews.com LIVE, and HuffPost Live, among others. He’s the former faith and culture editor of TheBlaze and the current senior editor of Faithwire. To learn more about Hallowell follow him on Twitter @BillyHallowell or visit his website: www.hallowellfaultlinebook.com.
— —