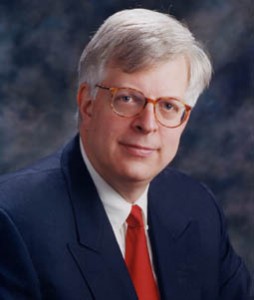 Among the dominant themes in America’s polarized media is conservatives’ outrage over their perceived ideological persecution at the hands of their liberal counterparts. Today, the National Review Online’s Dennis Prager exported that notion of perceived injustice to the world stage in his column, “The Difference Between ‘World Opinion’ and Left-Wing Opinion.” Prager, a conservative, argues that “world opinion” and Left-wing opinion are inherently the same because “world opinion” is “a creation of the Left, reported by the Left.” He feels that international organizations (like the U.N.) and world media outlets create and promote Left-leaning policies, and that the U.S. is the only country to have overcome this worldwide political bias by cultivating an alternative (conservative) media.

Prager’s column is disconcerting on several levels. Firstly, it’s hard to ignore the vagueness with which Prager defines “world opinion.” Throughout the column, Prager throws this term around without ever explaining exactly how he purports to have his finger on the pulse of worldwide political opinion. The only time he cites definitive numbers is in regards to a 2007 BBC poll of 22,000 people across 21 countries on the issue of global warming. Yet on a planet of 6.5 billion people, how can 22,000 be considered an accurate sample? More importantly, what about everyone living outside those 21 countries? How do they factor in? “World opinion” is a broad term for the unmeasurable, and Prager is exploiting that vagueness.

Perhaps more disconcerting, though, is how easily Prager both dismisses and misunderstands the simple answer to his question of why “world opinion” has so much in common with left-leaning ideology:

The most obvious answer would be that much of the world is Leftist in its views. Therefore, Leftist positions and world opinion are the same.

The truth is, for reasons to be explained, there is some validity to this explanation.

But there is a deeper and more accurate explanation: The world’s media and virtually all international organizations are Leftist in their politics, and they both define “world opinion” and in turn shape it.

Yet Prager’s “reasons to be explained” wind up sounding more like a conservative conspiracy theory than any legitimate analysis. For Prager, “the Left” is some menacing, evil presence that is pulling strings behind the curtain of world affairs. Left-leaning international organizations, he says, influence and shape public perception of a given issue or policy through their control of world media outlets. Increasing international concern about global warming, for example, is explained like this:

It is remarkable how similar “world opinion” on global warming sounds to the Left’s position on global warming. The Left believes it is the vital environmental issue of our time, the United Nations announces it is, the media around the world report it as such, and — lo and behold — the “world” demands immediate and drastic action to combat something that may happen (if at all) sometime in the distant future.

Undercutting Prager’s whole column, however, is a single revealing assumption. Prager seems to forget that, as a conservative, he himself is speaking from a biased perspective. It might not be that “the world is Leftist in its views.” It might simply be that the world is more left than he is. When you speak from the right side of the political spectrum, everything to your left is by definition more left than you, even the middle. (And vice versa for the left.) For all Prager knows, “world opinion” is actually centrist and the bias he sees is really just his own.

It’s ridiculous to claim there is any reliable way to measure world opinion, and more ridiculous still to claim some vast conspiracy in the works. If there is any conspiracy here, it’s conservatives like Mr. Prager trying to warp the political spectrum to cast themselves as centrists. The “us against the world” mentality of the conservative media in the U.S. is melodramatic enough. Prager’s all-too-literal revamp is unnecessary.