Ron DeSantis Ripped on Twitter Over ‘Monkey This Up’ Remark About Andrew Gillum: ‘Barely-Veiled Racism’ 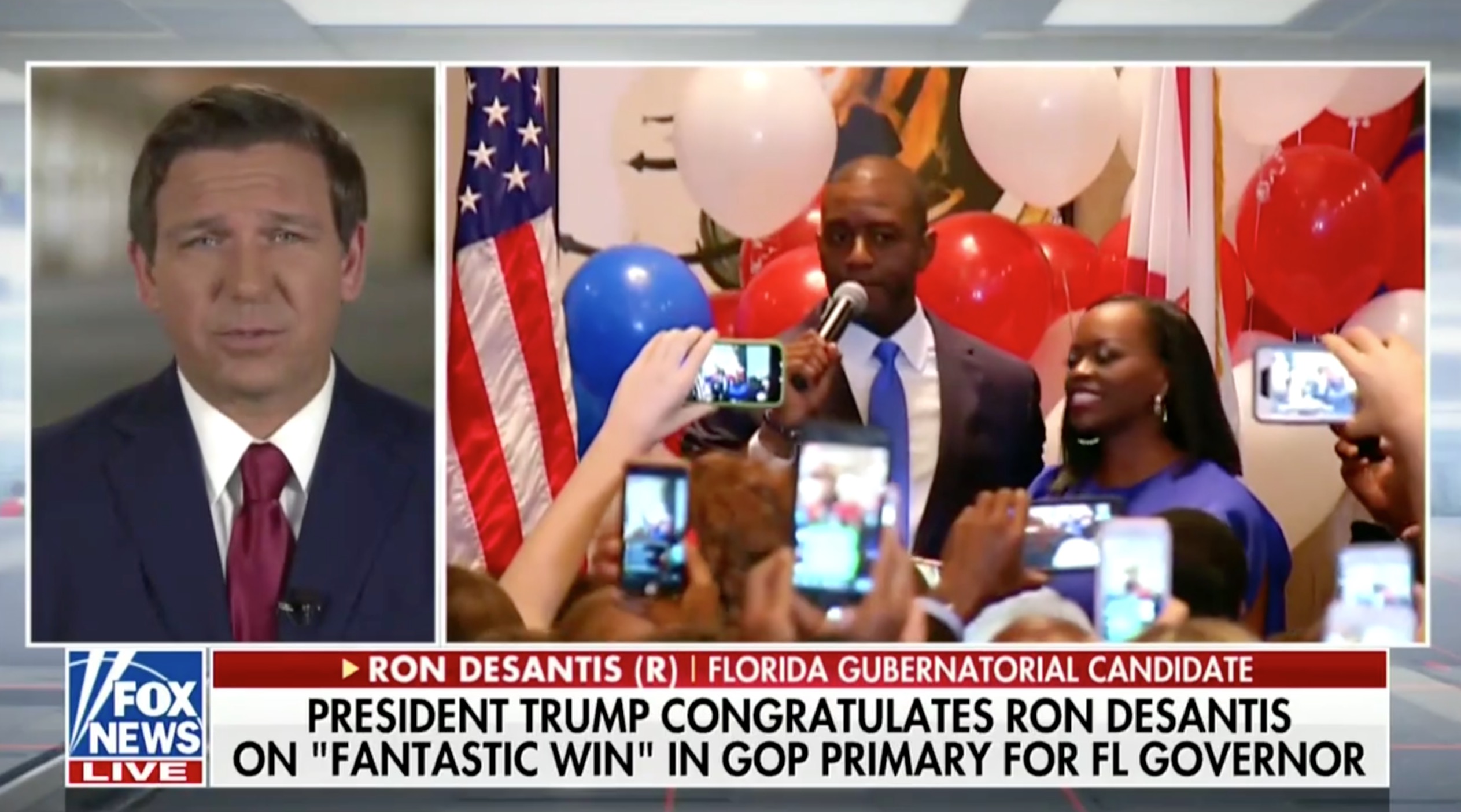 During an interview where he was asked about his strategy to counter his rival in the upcoming race, DeSantis warned that Floridians can’t “monkey this up” by allowing Gillum — an African American — to win the governorship.

Shortly after, a spokesperson for DeSantis gave a statement to NBC insisting that the aspiring governor’s remarks weren’t a reference to Gillum’s race.

DeSantis’ spox tells me this is something the congressman says “frequently” to express something that was messed up or not done right.

Spox says it “had nothing to do with race or anything like that” but just talking about the situation in Florida. #FLGOV https://t.co/Eg6I3W9ivx

DeSantis made his remarks with regard to Gillum’s progressive policies, but the defense that his comments were simply an odious choice of words did not hold up well on Twitter, where he was pilloried for what many saw as a racially-charged dog whistle.

As a Floridian, it was my hope this Governor’s race would be about the pressing issues facing our state -rising tides, algae outbreak, trade, economy, jobs. I had hoped it would not be one were racism was front and center. That hope lasted all of 10 hours. https://t.co/KeBENvMovw

This is intentional. Also, it sounds like DeSantis wanted to run against Gillum rather than Graham. https://t.co/m9jRFZIaDK

The race for Florida governor is going to be about race.

The white Republican, @RonDeSantisFL, uses “monkey” as a verb and liberals who back the black Democrat, @AndrewGillum, say it’s racist. pic.twitter.com/75UJtDYDbz

Remember earlier this summer, when someone went on Fox News and told Joel Payne, a Democratic strategist who happens to be black, that he was “out of his cotton-picking mind”?

The was David Bossie, who is a member of Ron DeSantis’ national finance team https://t.co/4jyY71Xl0p

What’s the dividing line between a dog whistle & a bull horn? GOP Gov nominee cautions Florida voters against “monkeying it up” by voting for his opponent, who happens to be black. https://t.co/hb1GV4FJCH

He knows what he said. He even emphasized the word monkey. Let me clear, @RonDeSantisFL is a racist piece of shit. Defeating him in the general election now will be the highlights of this election cycle. https://t.co/Q70cKWDboc

That’s the GOP for you. https://t.co/xmyhn6MXgg

ah, couldn’t even wait until after labor day to do a racism https://t.co/9YY1p2mLWQ

Well this is off to a nice start. What a scumbag. https://t.co/mFqdm0dnWy

Well, this is unacceptable. https://t.co/sRbuVS0dez

Who wants to tell him? https://t.co/GivgJvEHx1