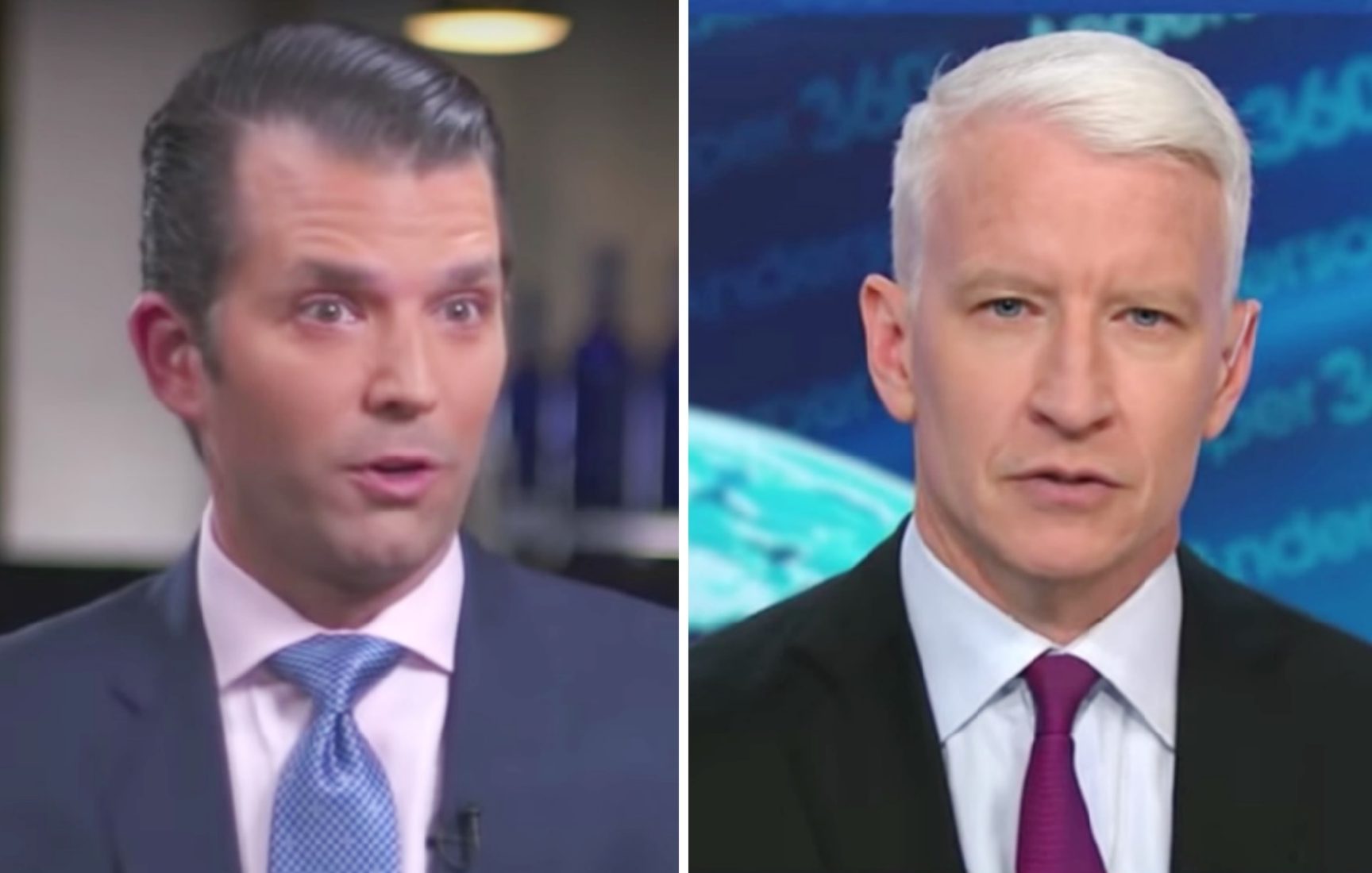 Donald Trump Jr. hit back at Anderson Cooper after the CNN anchor torched him Monday night on his broadcast for posting a misleading photo to Twitter.

In a tweetstorm posted Tuesday morning, President Donald Trump‘s son blasted Cooper for “crying about a meme.” Cooper devoted a segment of Monday’s show discussing a photo posted by Trump Jr. showing the CNN anchor waist-deep in water, with his crew off to the side in ankle-deep water. (The clear implication being that Cooper was exaggerating the extent of the damage.)

It’s a shame that CNN’s ratings are down 41%. What’s worse is there’s a simple solution that they refuse to accept. Stop Lying to try to make @realDonaldTrump look bad. https://t.co/O3XyWchsJh pic.twitter.com/BCUCxKnOvO

Cooper clarified that the photo was 10 years old. It depicted his coverage of Hurricane Ike, not this past weekend’s Hurricane Florence. He also played the clip of the coverage, which showed him walking in the water.

If you’re going to spend 10 minutes crying about a meme you may want to make sure you’re actually right. Good article as it shows exactly what CNN does daily to sell false truth. https://t.co/dp9W5SNxUG

CNN doing what they do best.
Crying & Lying.@AC360 says I said it was a pic from Florence
Isaid no such thing.

The illusion created by the pic is illustrative of the bs you sell! https://t.co/wnRSns1Thf

Not surprised @AC360 lied about me on @CNN last night. Par for the course. I never said the pic of him was from Florence.

When I tweeted out the picture of @AC360 it was with a link to an article about CNN’s dwindling ratings. Nothing to do with Florence. https://t.co/fflwOa10GK

Trump Jr. is correct that Cooper did wrongly state that the president’s son explicitly sold the picture as a Hurricane Florence shot. He did not.