Donald Trump Is the Greatest Thing to Happen to Conservatism
Opinion

Donald Trump Is the Greatest Thing to Happen to Conservatism 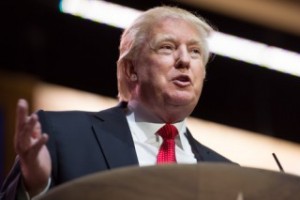 John Kasich is dropping out. Ted Cruz dropped out following Tuesday’s Indiana primary. Donald Trump will be the Republican Party’s nominee in 2016.

Many conservatives are horrified by this news. I’ll admit, both my liver and I would have been happier in the short term if Trump were not the nominee. But at the same time, I recognize that the nomination of Trump might be the single greatest thing to happen to the conservative movement since at least the rise of Reaganism.

The inconvenient truth that few conservatives have wanted to address is that for decades, the movement has been rank with charlatans. True, there’s always been a firmly conservative activist and intellectual core and genuinely principled politicians to keep the ship righted. But a shockingly high percentage of conservative pundits are simply frauds at their core.

This has never been a uniquely conservative problem of course (may Democrats never live down the fact that Jesse Jackson was once their frontrunner). But conservatism has a number of unique features that attracts these hucksters: an opposition to elitism, a respect for spiritualism and patriotism, a skepticism of rash cultural upheavals, and a healthy dose of anti-government sentiment. These are admirable qualities in moderation, but moderation doesn’t sell books or grab headlines.

Just go through Mediaite and pick the top twenty, top one hundred, top whatever comments you find most offensive in the past year from conservative commentators. I have zero doubt that you’ll find that despite the millions of conservatives in this country and thousands of conservative activists and thinkers, the same dozen or so offenders show up time and time again. Their reward? CPAC invites, contributor spots on Fox, and yeah, millions of followers.

Yes, liberals have their kooks, too. But say what you will about the DailyKosers and Saloners of the world, no one seriously doubts that they mean what they say. On the other hand, there seems to be an insanely high number of reality stars, washed up actresses, disgraced soldiers, former judges and attorneys, pizza entrepreneurs, and self-appointed patriots and pastors who always seem to know exactly what extreme conservatives want to hear, but seem unable to articulate the greater philosophical underpinning behind those ideas.

It’s a boil that needs to be lanced, a gangrenous limb that needs to be amputated. But nobody wants to be the arbiter of who is and isn’t really a conservative. Both Ann Coulter and Ben Shapiro for example are loud, outspoken, intentionally provocative, and despised by the left. Both boast Ivy League educations. But who’s putting on an act and who’s earnest?

What conservatism needed was a litmus test. A candidate so obviously unelectable, so obviously factually challenged, and so obviously devoid of a conservative bone in his body that anyone with a genuine interest in advancing the movement would recoil. But at the same time, that candidate would superficially recite buzzwords and– most importantly– attract a large following of potential consumers. The movement needed a flashpoint that would force our self-appointed shepherds to make an obvious choice: principles, or a payday?

Love or hate Shapiro’s rhetoric, he chose unemployment rather than betraying his principles. Coulter really was only looking to pay for her Manhattan high-rise apartment, and hey, sometimes that requires some unabashed white supremacy.

It was at times surprising who ended up on what side of the battle lines. No one intimately familiar with the conservative movement was shocked where Sarah Palin and Megyn Kelly landed. But who would have thought that Glenn Beck would end up on the side of sanity, and that Chris Christie would not? Who saw that Eric Erickson would be a man of principles, and Ben Carson would be open about the fact that he sold his to the highest bidder?

The frauds are out in the open. I’m not talking about the Republican politicians and operatives whose livelihoods depend on party loyalty and will inevitably be dragged kicking and screaming into the fold. I’m talking about the “““thought””” leaders who actively endorsed and pushed for Trump when there was still a chance at blunting his momentum. There’s no need to name them all, because everyone knows who they are: they’re the ones writing IN ALL CAPS ABOUT MEXICO on Twitter.

And it’s not like Trump didn’t give them ample opportunity to retract their endorsements. This is a man who in the course of a year has mocked American prisoners of war and the handicapped, promised to torture and murder children for their parents’ crime, called on his supporters to break the law and assault his opponents, called for banning an entire religion from entering the United States, engaged in open misogyny, praised Tianaman Square and Vladimir Putin, and vowed to roll back press protections for his own personal gain. That’s just the reasons for any self-respecting human being to despise him; conservatives also have to swallow his statements denying every orthodoxy there is to deny.

I never once in this primary deigned to say that obviously Trump would not win the nomination, because as a conservative and a Christian I believe in both man’s inherent sinfulness and the always present danger of charismatic authoritarians. Nor will I now deign to say that obviously Trump will lose the general election even though his polling numbers are obviously extremely bleak. Among other reasons to reserve judgment about the November mach-up, there is that matter of, you know, a pending FBI investigation.

But I will say with complete confidence that Trump will be a disaster. Either he loses in the most embarrassing fashion of any nominee in the past fifty years and rolls back every Republican legislative victory of the past decade, or by some miracle he wins the presidency and implements policies that will cripple America’s economy, military, and standing in the world. Either way, those who boosted Trump will be outed for the fools and fakes they are, and for once, the Republican base will take notice.

Trump is the greatest thing to happen to conservatism because he is the cleansing forest fire, the Great Flood, the calamity we need. Conservatism will survive Trump, as it survived Goldwater’s loss and Nixon’s shame. The bad news is that’ll take years of rebuilding and getting back into voters’ good graces. But the good news is that every conservative bottom-feeder has shoved themselves in Trump’s clown car and that car’s headed straight for a cliff.

Punditry is famously consequence-free, but it doesn’t need to be. The big name Trump supporters will try to crawl back into the good graces of the fans and movement they royally screwed over, they’ll scream about conspiracies that robbed Trump of the vote, they’ll blame “establishment” (read: actual) conservatives for not backing him enough. But it’s imperative that as conservatives and Republicans build a new, stronger party, they keep out the arsonists who burned it all down in the first place.