Donald Trump Issues a Statement on Dallas Attacks: Our ‘Nation Has Become Too Divided’

Donald Trump Issues a Statement on Dallas Attacks: Our ‘Nation Has Become Too Divided’ 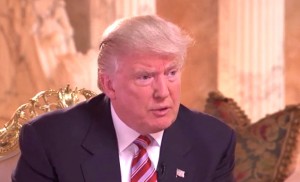 He called the targeted attack against law enforcement “an attack on our country” and lamented that the “nation has become too divided,” and that “Racial tensions have gotten worse, not better.”

He referred to Alton Sterling and Philando Castile, two black men killed by police in Louisiana and Minnesota, as two “motorists,” suggesting both police shootings took place during traffic stops. Castile was pulled over in his car by authorities, but officers approached Sterling while he was selling CDs in a parking lot.

His complete statement is below:

Last night’s horrific execution-style shootings of 12 Dallas law enforcement officers – five of whom were killed and seven wounded – is an attack on our country. It is a coordinated, premeditated assault on the men and women who keep us safe.

The senseless, tragic deaths of two motorists in Louisiana and Minnesota reminds us how much more needs to be done.

This morning I offer my thoughts and prayers for all of the victims’ families, and we pray for our brave police officers and first responders who risk their lives to protect us every single day.

Our nation has become too divided. Too many Americans feel like they’ve lost hope. Crime is harming too many citizens. Racial tensions have gotten worse, not better. This isn’t the American Dream we all want for our children.

This is a time, perhaps more than ever, for strong leadership, love and compassion. We will pull through these tragedies.