Eat What You Kill: Some Dirty Tricks to Get Magazine Ad Sales Up in 2009

Eat What You Kill: Some Dirty Tricks to Get Magazine Ad Sales Up in 2009 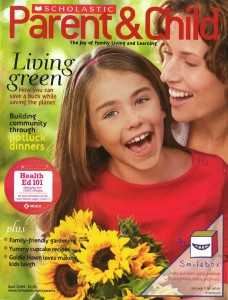 Scholastic's Parent and Child, which features an ad on the cover in violation of ASME guidelines. Still, the title's ad sales are up 6% in the first half of 2009

Across the magazine world ad pages are down 28 percent with no increase in sight. But in the dog-eat-dog world of 2009 ad sales, some publishers are pulling out their dirtiest tricks to actually get ad sales up.

Using information from the Publishers Information Bureau about the first half of 2009,  Newsweek writer Johnnie L. Roberts posted an article to the web yesterday illuminating some of the strategies used by publications like Fitness, Cooking With Paula Deen, The Week, OK!, Family Circle, Scholastic Parent & Child, Organic Gardening, Sports Illustrated for Kids, Country Weekly, and Muscle & Fitness to grow in this economy.

“On background,” Roberts writes, “more than a few grumpy ad-hungry rival magazines alleged that some of the gainers had cut their rates to lure ads.”

Meredith titles Fitness and Family Circle both underwent redesigns this year, according to Roberts, but as we know redesigns are pretty hit or miss; Vibe is set to fold less than 12 months after a redesign of its own.

Some of the explanations aren’t that surprising: Fitness‘ increase in ad pages most likely stems from the extra issue that ran this year. Likewise Scholastic Parent & Child simply had more space to sell as it began selling ads on the cover (hey, we thought that wasn’t allowed).

Read the full article at Newsweek.com.