Even Media Twitter Slowed Down to Celebrate Beyonce’s ‘Bey Beys’ 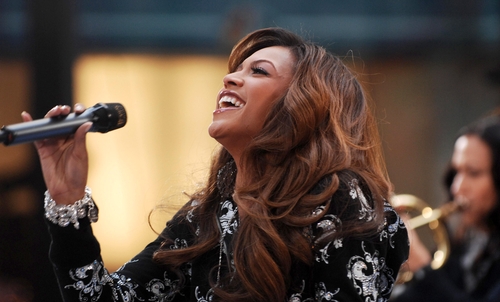 Today, Beyoncé announced that she is pregnant. In fact, she’s pregnant with twins!

The news overtook pretty much everything this afternoon. It even took attention away from Sean Spicer‘s briefing at the White House, which happened moments after the announcement dropped.

Somebody better hand a note to Spicer about Beyonce

In light of everything that’s been going on in the news, a little levity felt much-needed and was celebrated in national newsrooms…

My timeline is such a breath of fresh air right now. #Beyonce

Twins go together like Nike Airs and Crisp Ts…

Twins? Beyoncé freakin copies everything that I do.

For the first time in awhile, this is me, looking at Twitter. #Beyonce pic.twitter.com/Q4vbEDuXjd

As @MaryWJZ says, #Beyonce is having 2 Bey Bey’s…

if you’re saying something about wretched news, please stop, give us this

Seriously, everyone got in on it:

BEYONCE YOU COULDN’T HAVE POSTED THIS AT 8PM LAST NIGHT?? pic.twitter.com/SCEIqDL1bI

I ran downstairs to grab lunch, and now Beyonce is having twins and Iran is on notice.

Everyone: everything is bad
nothing can save us
Beyoncé: pic.twitter.com/MKIYc4RMxS

Beyonce’s twins are actually already co-Presidents, but only if you have a subscription to Tidal

Who says the resistance doesn’t work? Yes being woke got Bey twins!

You guys…Donald Trump was elected President 12 weeks ago. Beyoncé literally conceived these twins to give America something to live for.

How many electoral votes does Beyoncé’s stomach have? pic.twitter.com/eqyxsbMNqZ

Last but not least, have this bonus tweet exchange featuring CNN’s Jake Tapper:

@lpfedme I was nowhere NEAR Beyoncé! I don’t even know her!!!!!