Eyeborg: Looking Through the Peephole Between Private and Public

Eyeborg: Looking Through the Peephole Between Private and Public 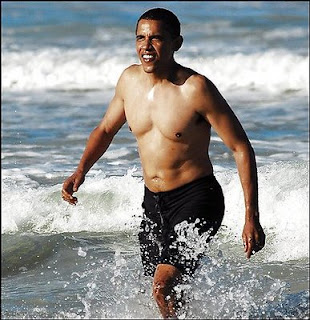 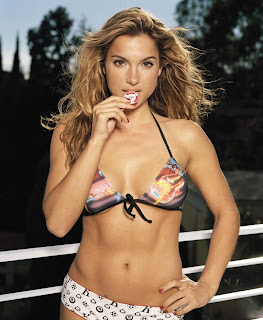 Erin Andrews, the ESPN Sportscaster, was the victim of a peephole video last month when someone rigged a small camera to record her changing in her hotel room.

As a guy who is retro-fitting a prosthetic eye to be a video camera, I have followed the debate about video ethics and privacy closely.

Clearly, videotaping Andrews changing without her knowledge was unethical, but it wasn’t necessarily illegal. See, for example, this article from ABC news: “While a host of technological devices, from cell phones to tiny cameras, make videotaping easy, prosecuting these crimes in some places is still difficult.” A CBS legal analyst said that even watching the Erin Andrews video is illegal. TechDirt.com responded by talking to a first amendment lawyer Marc Randazza who said, “…downloading the video is legal. But doing so is a douchebag move. I certainly won’t be downloading it (although I personally would love to see her naked too).”

Because my video camera eye (a working field model is nearly done! Stand by!) is a bit creepy I get a lot of criticism for potentially invading people’s privacy. There is an assumption that I will become a cyborg “douchebag” to use Randazza’s words. Let’s just get this clear right now. I have no intention of engaging in douchebaggery…unless of course I am in love and wish to make a private recording.

For the most part, however, I’m a documentary maker and so I need a release form if I record someone with a regular camera or my camera eye.

But I am also trying to make the move into journalism by becoming a bionic reporter. So what are the rules if you are journalist? When can you record someone’s image without them knowing or giving you a release form? This is where it gets tricky. Unlike documentary-makers, journalists are allowed to record people without their consent, as long as its newsworthy.

So what about the bare flesh factor? A half-naked Obama (amongst other presidents) qualifies as news for example. Witness Huffington Post’s most popular blog post recently – Presidents And First Ladies In Swimsuits: From Buttoned-Up To Barely Clothed. A completely nude president secretly taped in a hotel room, on the other hand, would probably inspire a quick trip to Guantanamo (campaign promises be damned).

Anybody nude on an expensive yacht seems to lose their right not to have their junk shown around the world by default. If Carla Bruni, with her European ways, was nude on a private beach, this would probably be ok. The way Putin is going recently this would probably be ok as well. How surprised would we really be if a picture came out where he was wrestling a bear with a huge (?) boner? Russia is back! Of course this would be a planned photo-op. (There has been some speculation that Andrews’ nude hotel adventures might be just that; for the record, I don’t think she planed it.)

Here’s something to think about: Why is it that we shouldn’t record someone’s image when they are naked? It’s possible that as time goes on we will become less squeamish about nudity and that it will be just the same as posting a pic of someone in a bathing suit. Which isn’t really news either but it’s just kind of evolved that way. The assumption is that being naked in your hotel room is something private that people don’t want to share with the world. And posting nude pictures of Erin Andrews isn’t really newsworthy – it’s just a gross invasion of privacy.

So are doing things in secret in hotel rooms the qualifier, then? We can’t show people doing things in private in their hotel room? I don’t think anyone would have objected to setting up a peephole camera at the Watergate hotel to reveal Nixon’s shenanigans. It is okay, it seems, to film or photograph people when they are doing injustice-y things. There is a long history of secret cameras to bust people that are hurting the public good, from evil contractors to naughty presidents.

But getting back to private moments of people that aren’t committing crimes or working against the public good: If we take that to be acceptable, then why is it okay to record a mother holding her recently killed child in her arms? These types of images are award-winning journalism but my bet is that if you asked these people if they would like their very private moments broadcast to the world they would say no.

For a documentary I was working on I hung back and zoomed in to record a young girl crying at a memorial service. Her friend had recently been shot in gang cross-fire and there was a public candle-light vigil. When she looked up and caught me recording her, the look of betrayal on her face would make you think twice about what seems like obvious for a journalist.

I know what you’re thinking. We need to see images of private suffering so that we know what’s wrong with the world. That’s moral. (The recent video of Neda, the girl killed in the Iranian uprising in June, is a good example.) But you should try videotaping someone when they are crying over a dead friend and see what you say then.

The decision that a journalist makes is: Does this image add to the debate – more than that, the information – that we as a society need or have the right to publish? That’s the gray area, and the media has to make a decision each time whether to use it or not. There is a loophole, I would say, that we can publish culturally acceptable bare skin even if it doesn’t add to society’s debate at all. As a fledgling bionic reporter I officially promise not to misuse this privilege once I get my camera eye working. I will try to make the right decisions.

And if you want to make a judgment call yourself, as a consumer of media rather than a creator, here is the link to the Erin Andrews video. It’s your move. I have verified that it won’t give you a virus — but whether that makes you a douchebag, well, that’s another story.