For the GOP, Trump is A Lot like Santa, But What Should We Be Teaching Our Kids about Him?
Opinion

For the GOP, Trump is A Lot like Santa, But What Should We Be Teaching Our Kids about Him? 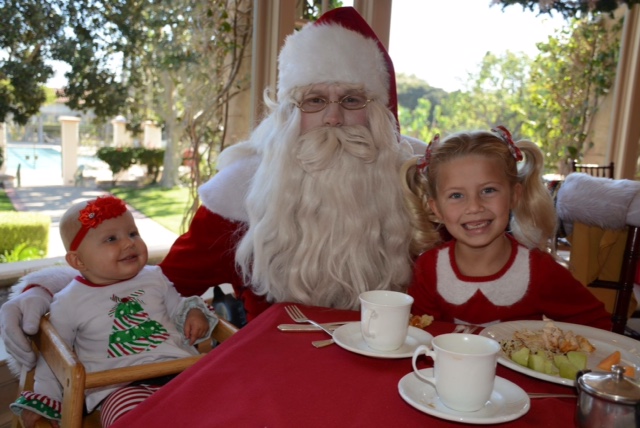 Back when I was young, single, never thought I would get married or have children, and still had hope for how my life would turn out, I strongly believed that teaching kids that Santa Claus was real was a big mistake. In short, my thinking went that whatever short-term benefits that this big lie may bring, they weren’t worth the long-term damage that would likely be caused by the charade.

Now that I am married with two young daughters, I have turned into at least as big a hypocrite on this issue as Sean Hannity is on the danger of Russian influence over our president. I am suddenly an ardent guardian of the Santa myth, answering all of my very inquisitive five-year old’s questions, carefully planning each day’s “Elf on a Shelf” appearance, and even going so far as to censor the first few minutes of the “do you still believe?”-themed movie The Polar Express.

Part of me absolutely hates doing this because I loathe lying in general and I continually dread the day when my trustworthiness with my daughters is shattered over their disappointment in discovering that so much of their childhood was based in a fraud. I am also convinced that teaching children that there is a guy who miraculously gives everyone lots of cool stuff causes them to create an early worldview which is both unrealistic and destined for dramatic disenchantment. Then there is the issue of why a child wouldn’t eventually conclude that, if Santa isn’t real, then Jesus Christ must not be either.

Largely because my wife gives me no other choice (kind of like how a lot of Republicans felt with Hillary Clinton as the only alternative), I have “decided” that keeping the “magic” alive as long as possible is, at least in the short-term, in the best interests of everyone involved. After all, I am a married man, and therefore have no real say in any of the big decisions in my life.

Don’t get me wrong, there are some positive elements of the Santa Claus ruse. Seeing the excitement and hope in my older daughter’s eyes for much of the month of December is pretty cool, and definitely wouldn’t be the same without her believing in Santa. But other anticipated benefits of his “existence,” like getting better behavior from a kid during the Christmas season out of fear of being put on the “naughty list,” never seem to fully materialize.

This short-term vs. long-term equation got me thinking about all the ways that Santa Claus is actually a lot like Donald Trump. Here are some of the superficial similarities:

–People who believe them imbue them with superpowers they don’t really have.

–Their biggest fans each have similar levels of education.

–Rich people seem to benefit more from them than poor people do.

–Both have taken ownership over the phrase “Merry Christmas.”

–Both have a weight problem.

–One wants you to believe IN him, the other always says, “Believe me!”

–Both like to give away a lot of stuff, with no apparent method for paying for it.

–Both act like they very rich, but no one really knows where their money comes from.

–Neither seems to pay much, if anything, in federal taxes.

–Both get big benefits from being connected to Jesus Christ, but neither seems to be Christian.

–Both are very proud of owning their own aircraft.

–Both own property with weird ties to Russia.

–Both have wives who almost never speak publicly.

But aside from those shallow comparisons, there are also some far more substantive similarities relevant to Trump’s impact on the Republican Party.

Thanks to Trump, the Republican Party, much like a parent who has a child who currently believes in Santa Claus, is reaping some significant benefits to which they would not currently have access if Trump had lost to Hillary. Of course, much like Santa, who takes a lot of work to prop up, Trump is also incredibly high maintenance to sustain, even in the short run.

Most obviously, without the GOP’s version of Santa, there would be no grand tax cut bill to be celebrating as Trump’s self-proclaimed Christmas gift to the American people. However, much like the most important provisions of the new tax reform law, these positive elements are not only not permanent but come with an imminent and similar expiration date.

As we saw last week in Alabama, everyone knows that the majority of voters are already very suspicious that this is all a scam. Heck, most of them have already stopped putting out cookies and milk on Christmas Eve night.

The most likely scenario right now for the Trump presidency is that a year from now the Republican majorities will be gone, possibly for a very long time (if the Democrats weren’t so incredibly incompetent, it would be for the rest of their lifetimes). Effectively, the Santa ruse will be over and a harsh reality will come crashing down on Republicans (though much of Trump’s “Cult 45” will be in denial, still certain that their “Santa” really does exist).

This is when Republicans will start to pay a very severe price for pretending that Santa was real… I mean that Trump was good for the party, or even worth the inexorable fall. Much like the parent who has lied for years to maintain the Santa myth, the Republican Party, having abandoned its principles on behalf of an obvious fraud, will have no credibility going forward.

The worst part is that the kids (the voters) are still going to be expecting free gifts, and they will, of course, turn to the Democrats to give it to them, with Trump, desperate to not be expelled from the North Pole, becoming even more like Santa than he currently is.

Does anyone know if Universal Socialized Healthcare can fit down a chimney?