TBS’s Full Frontal With Samantha Bee mocked a CPAC attendee for having “Nazi hair” in a Wednesday segment, but according to his friends and family, his hair looks that way because he’s undergoing treatment for brain cancer.

“This year, the bow ties were gone, replaced by Nazi hair, Nazi hair, Nazi hair…” correspondent Michael Rubens narrated, while showing images of young attendees with partially shaved heads, “and CPAC was decidedly Trump country.” (The YouTube video of the segment has since been deleted.)

The sister of one of the men, Kyle Coddington, cried foul on Twitter.

When @iamsambee makes fun of your brother for having “Nazi hair.” He actually has stage 4 brain cancer, but whatever floats your boat. pic.twitter.com/ULJC8nA3IX

Coddington’s GoFundMe page for his medical expenses notes that he is undergoing radiation and chemo therapy. “It seems that I have stage 4 glioblastoma. It’s a very aggressive type of brain cancer. Currently, there is no cure, but there is a chance,” he writes.

Heat Street’s Kyle Foley also drew attention to the segment, and produced texts from a friend of Coddington’s indicating that he had just finished his first round of chemo before CPAC.

Hi @iamsambee. Guy w/”Nazi hair” has cancer and is going through chemo, that’s why his hair looks like that. You need to apologize for this. pic.twitter.com/mqbgNYHyaN 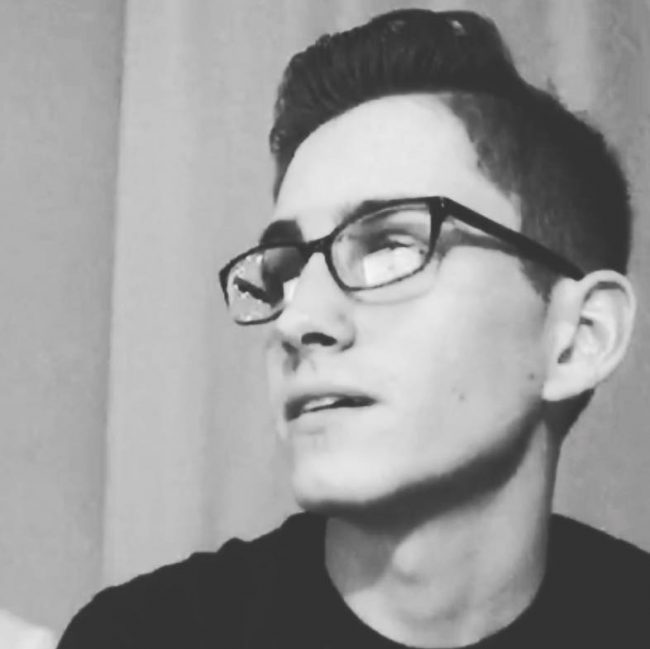 Another man identified as having so-called “Nazi hair” — John-Pierre Maeli — happens to be a Never Trump conservative and editor at Refined Right. “Response to Samantha Bee: It’s Called Fashion,” he snarked.

Watch above, via TBS.

UPDATE — 4:10pm Full Frontal with Samantha Bee has made a donation to Coddington’s GoFundMe page.

We deeply apologize for offending @_that_kyle in our CPAC segment. We only learned of his condition today & have removed him from the piece.