Everyone is Making Fun of Paul Ryan Right Now

Everyone is Making Fun of Paul Ryan Right Now 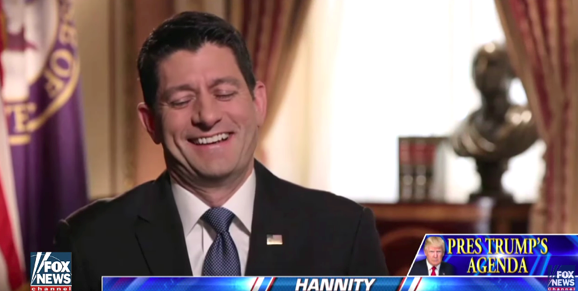 Paul Ryan is done with questions about the American Health Care Act.

The Speaker of the House held a detailed powerpoint press conference to explain the new law. With clicker in hand and rolled up sleeves, the Speaker led reporters through what he said were Obamacare’s failings and the proposed Republican alternative.

But very few people online paid much attention to what Ryan said, and instead focused on the unique substitute teacher-esque situation he had put himself in.

Mediaite’s own Managing Editor, Jon Nicosia, led the way — though he was hardly alone!

GUYS! We have the coolest substitute teacher today! pic.twitter.com/xMin3Kleoc

wow finally something we can all agree on pic.twitter.com/5BR1ArI3Bk

“And while the software library is somewhat limited, the new Zelda alone makes Nintendo Switch a must-have. Mom, dad, thanks for listening” pic.twitter.com/ShqslZRPsX

Allow me to save all the Photoshoppers some time. pic.twitter.com/vwiRJTeVPM

Power Points. On cable television. I’m really excited to see the ratings on this.

This is a good audition for @SpeakerRyan for his guest fellowship at Harvard or the University of Chicago after he resigns in frustration.

I left a meeting to make this pic.twitter.com/mcS7cnAySy