Gay Press vs. Straight Press: Ben Whishaw in Out and New York 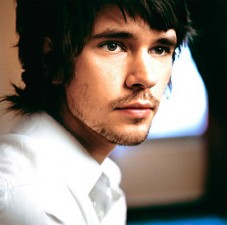 Dueling stories about up-and-coming actor Ben Whishaw are out in Out and New York this week, with different takes on the actor’s ambiguous sexuality. New York‘s headline dubs Whishaw and Hugh Dancy, co-starring in provocative-sounding play The Pride together next month, “Heterosexual Actors,” whereas Out went with “Mysterious Skin” for its headline and attempts to argue that Whishaw doesn’t want his sexuality labeled, before attempting to label it anyway. Neither story gets a sexual confession from Whishaw. So does Out, a gay publication, try to instill gayness in their subjects, no matter what? And does New York‘s “innocent until proven gay” approach show that mainstream publications still dub actors “straight” until an actor has explicitly stated his homosexuality?

While New York‘s assumption speaks to the persistence of the sexual status quo and heteronormativity, Out‘s teasing, hinting and winking plays a game of sexual politics that seems beneath them as a forward-thinking publication and unfair to a young, serious actor who should be above a tabloid treatment. Comparing and contrasting the handling of sexuality — doubtlessly a centerpiece in both articles — it appears that the chasm between the establishment entertainment press and gay publications sparks an ultimately shallow conversation — salacious, sure, but that shouldn’t be the point.

In the New York piece, the reporter asks Dancy and Whishaw if they had hesitations about playing an “explicit gay role” since they’re both straight, a statement presumably predicated on one being married and the other never having been confirmed as anything but. (Disclosure: Mike Vilensky, New York‘s reporter, is a friend.) Dancy, the married one, matter-of-factly says “no,” while Whishaw evades the question altogether and says that the play is about “people wanting to know themselves better.” Later, when asked what traps his character faces in 2008, Whishaw says: “Very specifically gayness. Or his sexuality.” His character and his craft should be more important than the actor’s sexuality, but that might not sell magazines.

An anecdote is also relayed in the interview where Whishaw says “We’re like, ‘Okay, we’re gonna do the [gay] sex scene! [Claps.] So pull down your pants.” Even if some of these quotes seem to imply something, New York focuses on the raunchy aspects of the play and doesn’t quite plow into Whishaw’s sexuality, leaving it at an unconfirmed straight.

Out on the other hand, makes Whishaw’s ambiguous sexuality the crux of its piece, and the mag virtually calls him a homosexual. “I was really drawn to Cock,” they quote Whishaw, who was referring to his play, titled Cock. “But it’s Whishaw’s most recent choice of theater roles that has been his most intriguing,” author Gareth McLean writes, and then states that Whishaw plays gay in those roles, implying that his straight roles are less “intriguing” to the gay magazine. But if they’re just making a case for his gayness, it’s at least a compelling one:

Asked if he thinks it’s important for young gay people to have positive role models, his ambivalence vanishes. “I really agree with that, and I feel in my heart that it’s important, but I don’t quite know yet the way to go about that. Maybe that’s the transitional thing I feel I’m in the middle of at the moment. It’s something I think about, but it’s important for me to do it at the time that’s right for me. And I’m not there yet.”

That quote sounds like as close to a confession as one’s going to get from him right now, but the author kind of brushes over it, which makes it an odd moment. The whole point of Out‘s story seems to be to out Whishaw, whether he’s actually gay or not, and since this quote almost does, it’s sort of curious that the author remains ultimately ambiguous about Whishaw’s sexuality. Was the quote out of context? Is he trying to respect Whishaw’s privacy? He ends the story with, “And with that, Ben Whishaw walks off through the throng in the bar and is gone. If, that is, he was ever here in the first place.”

Today, Gawker noticed the discrepancy between the two pieces, also noted by Michael Musto and Out editor-in-chief at the Village Voice, arguing that though Whishaw never states his sexuality explicitly, “he makes it pretty easy to read between the lines.” And yet, to be sure, not everyone to ever appear in Out magazine identifies as homosexual, and his role in The Pride alone should earn Whishaw a newsworthy press appearance.

Gawker, though, points out that New York removed the line calling both actors straight from the online version of the piece. That could be seen as a “concession,” or New York merely not wanting to be in direct opposition to a parallel article running simultaneously. But the case of Whishaw aside, does a niche magazine feel they must shoehorn every subject into their pages? And can the same be said for a more “mainstream” magazine, even one as progressive and open as New York? Again, it’s a shame that this is the only part of the young actor’s story anyone will talk about.

Whishaw addresses the media’s different takes on him in Out: “As an actor you have total rights to privacy and mystery, whatever your sexuality, whatever you do. But at the same time I know this is a gay magazine and that means there’s a conflict there.”

While New York doesn’t delve right into the is-he-or-isn’t-he game, it seems like a young, attractive actor who doesn’t comment on his sexuality remains a Straight Actor (with rumors) to the mainstream press, and the gay press can’t write about him without at least implying that he’s really a Gay Actor.