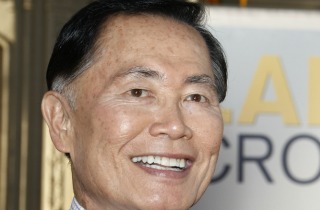 Star Trek actor George Takei came under some pretty heavy fire this week when he called Supreme Court Justice Clarence Thomas “a clown in blackface.” Takei was clearly upset with Thomas for his vote against gay marriage when the highest court in the land ruled to uphold it nationwide, and he called Thomas “a disgrace to America” who doesn’t belong on the court.

Takei made the controversial remark in speaking of Thomas’ dissent about slavery and “dignity.” Yesterday he doubled down and insisted his remarks were not racist, but lots of people (including some liberal commentators) gave Takei flak for making a racist remark, regardless of intent.

Well, this afternoon, Takei posted a lengthy apology on Facebook completely walking back his comments about Thomas and saying he understands now his words weren’t “carefully considered.”

On the eve of this Independence Day, I have a renewed sense of what this country stands for, and how I personally could help achieve it. The promise of equality and freedom is one that all of us have to work for, at all times. I know this as a survivor of the Japanese American internment, which each day drives me only to strive harder to help fulfill that promise for future generations.

I recently was asked by a reporter about Justice Clarence Thomas’s dissent in the marriage equality cases, in which he wrote words that really got under my skin, by suggesting that the government cannot take away human dignity through slavery, or though internment. In my mind that suggested that this meant he felt the government therefore shouldn’t be held accountable, or should do nothing in the face of gross violations of dignity. When asked by a reporter about the opinion, I was still seething, and I referred to him as a “clown in blackface” to suggest that he had abdicated and abandoned his heritage. This was not intended to be racist, but rather to evoke a history of racism in the theatrical arts. While I continue to vehemently disagree with Justice Thomas, the words I chose, said in the heat of anger, were not carefully considered.

I am reminded, especially on this July 4th holiday, that though we have the freedom to speak our minds, we must use that freedom judiciously. Each of us, as humans, have hot-button topics that can set-us off, and Justice Thomas had hit mine, that is clear. But my choice of words was regrettable, not because I do not believe Justice Thomas is deeply wrong, but because they were ad hominem and uncivil, and for that I am sorry.

I often ask fans to keep the level of discourse on this page and in comments high, and to remember that we all love this country and for what it stands for, even if we often disagree passionately about how to achieve those goals. I did not live up to my own high standards in this instance.

I hope all of you have a wonderful, safe and joyously free July 4t, the first where all married couples in the U.S. can enjoy the full liberties of matrimony equally. It is truly a blessing to be an American today.

You can watch Takei’s initial remarks here, via Fox 10 Phoenix: