Geraldo Rivera Apologizes For Tweets on Matt Lauer: ‘I Didn’t Sufficiently Explain’ Myself 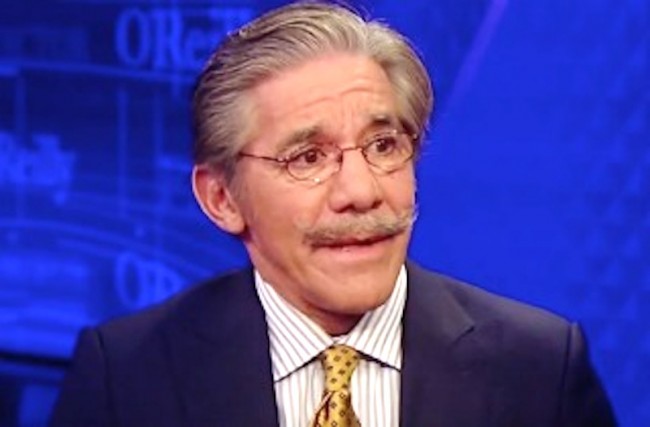 In a statement to Twitter, the Fox News personality offered this apology:

“Reaction to my tweets today on #sexharassment makes clear I didn’t sufficiently explain that this is a horrendous problem long hidden,” Rivera wrote. “Harassers are deviants who deserve what is coming to them. Often victims are too frightened to come forward in a timely fashion. I humbly apologize.”

Earlier today, the Fox News personality took to Twitter to call Lauer a “great guy,” and seemed to undermine the allegations of sexual harassment that were made against the Today host by saying that the news industry is a “flirty business.”

Sad about @MLauer great guy, highly skilled & empathetic w guests & a real gentleman to my family & me. News is a flirty business & it seems like current epidemic of #SexHarassmentAllegations may be criminalizing courtship & conflating it w predation. What about #GarrisonKeillor?

A jerk’s a jerk in dating. #SexHarassment should be confined to situations where superior imposes himself on subordinate who feels unable to complain because of power of perp or feared consequences to victim’s employment. Shouldn’t be used to get even w bad bosses or hated ex’s

#SexHarassment allegations should require: 1-made in a timely fashion-say w/n 5 yrs. 2-some contemporaneous corroboration, like witnesses, electronic or written communications. W $ settlements in multi-millions slight chance exists some victims are motivated by more than justice

This issue is so red hot right now there is no room for any thought or opinion but hang em high. If News wasn’t (formerly) a flirty biz then how do we explain so many newsroom courtships that have led to happy marriages?

He was immediately slammed on Twitter so much that Fox News issued a statement condemning his tweets.

“Geraldo’s tweets do not reflect the views of Fox News or its management. We were troubled by his comments and are addressing them with him,” the network stated.

In the wake of the firestorm, a clip resurfaced from a 1991 interview with Bette Midler accusing Rivera of groping her back the ’70s.