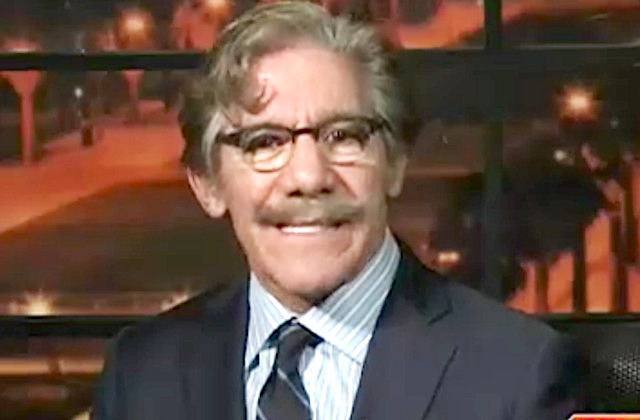 Geraldo Rivera took some time out today to have a nuanced and frank discussion regarding the allegations levied against Matt Lauer.

Just kidding. He barfed out a bunch of garbage tweets from which the entire Internet exploded.

Rivera started by defending the former NBC anchor, who is alleged to have installed a button to lock unwitting women in his office,  because “news is a flirty business,” or as he so eloquently later put it, “a flirty biz.”

Sad about @MLauer great guy, highly skilled & empathetic w guests & a real gentleman to my family & me. News is a flirty business & it seems like current epidemic of #SexHarassmentAllegations may be criminalizing courtship & conflating it w predation. What about #GarrisonKeillor?

It only devolved from there, with Rivera suggesting that he “heard” that women in media were discussing switching morning shows to an “all-female format,” bravely denouncing this idea that nobody actually had as “unacceptably retro.”

Heard well-regarded women in media today suggesting morning shows go to an all-female format. That should be as unacceptably retro as the other way around.

There are some other tweets, including a standout explanation of what constitutes sexual harassment, but you get the gist. The takes were hotter than a fart in July. They were so hot, as a matter of fact, that Rivera’s employer, Fox News, was forced to issue a statement, clarifying that Rivera is his own man, and his opinions do not represent those of the network.

“Geraldo’s tweets do not reflect the views of Fox News or its management. We were troubled by his comments and are addressing them with him.” https://t.co/Q1z3Lkyo0P

The network said, in so many words, that Rivera should look forward to a stern talking to from the top brass.

“Geraldo’s tweets do not reflect the views of Fox News or its management. We were troubled by his comments and are addressing them with him.”

Fox News is right to right to come down on Rivera here. After all, it’s not as if they can afford to throw stones, with their house being made of glass and all. Who in their right mind would do that?