Rudy Giuliani decided to axe a tweet of his today that had a really…strange counterattack on James Comey.

The Former New York City mayor-turned-Trump attorney got on Twitter to post a GIF from the Disney classic, Snow White and the Seven Dwarfs. It isn’t clear what exactly the meme portrayed, but Giuliani also included a response to Comey after the former FBI director blasted Republicans for doing nothing while Trump sneers at truth and the rule of law.

“Comey (V) means to literally interfere illicitly in an election. For example “The Chicago Democrat machine comied the 1960 election.” This usage derived from Comey’s interference in the 2016 election by irresponsible press conferences and then leaking.” 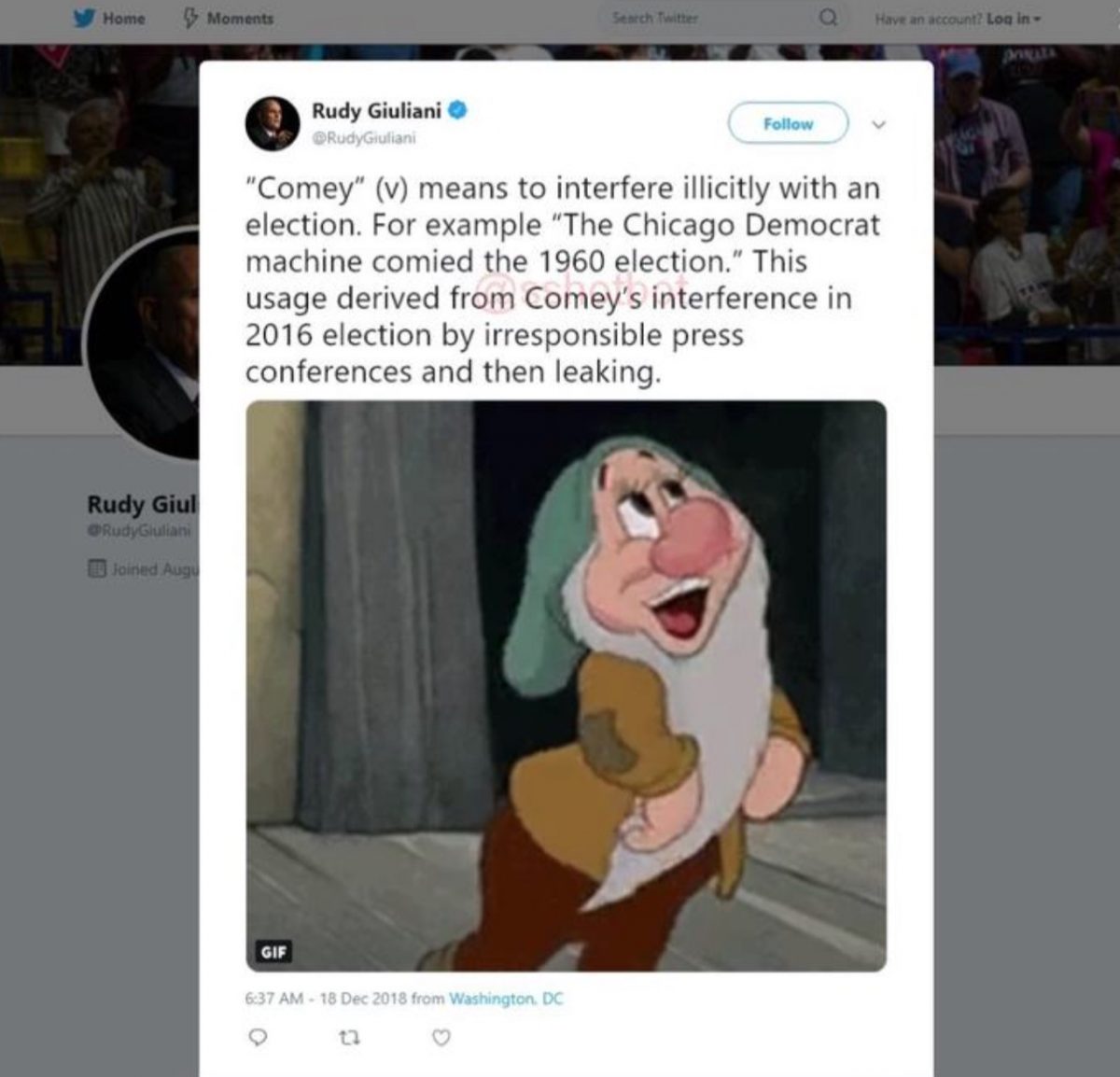 Now obviously, there’s a lot going on with Giuliani’s tweet, but for some reason he decided to get rid of it and went with this more mundane attack on Comey hours later.

Comey proven leaker of confidential FBI material directed the violation of General Flynn’s right to counsel and set up a false statement charge FBI didn’t believe was false. Comey interfered more in election than anyone. It has become a verb you shouldn’t “comey” an election.

Of course, he eventually posted a re-written version his first tweet, without the GIF.

“Comey” (v) means to interfere illicitly with an election. For example “The Chicago Democrat machine comied the 1960 election.” This usage derived from Comey’s interference in 2016 election by failing to prosecute and then an unprecedented release of incriminating facts.

In any event, screenshots live forever, and enough people on Twitter managed to capture the image for all time.

deleted… but I have it :D pic.twitter.com/Y2mKTMgPPH