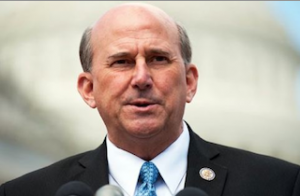 Rep. Louie Gohmert (R-TX) sat down for an interview with WND radio this week and let loose some of his fiercest criticism of the Obama administration to date in the aftermath of the Boston Marathon bombings. Not only did the conservative congressman attack the FBI and Justice Department for “bungling” the investigation into the Tsarnaev brothers before and after the bombings, but he also made the wild accusation that members of the Muslim Brotherhood have infiltrated President Obama‘s administration and are influencing the U.S. to ignore “radical Islam’s” war against us.

Speaking about the decision to read the Boston suspect his Miranda rights, Gohmert lashed out at Attorney General Eric Holder, saying, “I guess with our attorney general having spent more time before being AG trying to help terrorists than trying to corral them, the first impulse was let’s get him to stop talking.”

“If it’s not bad enough that they bungled getting this guy picked up and his brother picked up and questioned before they blew up people in Boston,” he continued, “then now to get him to shut up when he has invaluable information potentially is just really egregious.”

Gohmert also linked the administration’s reaction to the Boston to its response to last year’s attacks in Benghazi, a parallel that is becoming increasingly prevalent on conservative media. “I mean, one after another we’ve had incidents where this administration has shown incompetence,” he said. “So it seems to be a real pattern.”

Finally, Gohmert accused Obama of allowing the Boston bombings to happen by failing to “secure to border” to immigrants. “The president has refused to do his job in securing the border. It’s his obligation. He has an oath to fulfill,” he said. “But he is holding off adequately securing the border until he can get what he wants. The right thing to do would be to say, ‘Mr. President, enough. There are enough dead Americans from people who have been let in wrongly.’”

Just two days after the attacks in Boston, Gohmert made headlines for stoking fear over immigration on C-SPAN by saying that Al Qaeda members positioned on the Mexican are being “trained to come in and act like Hispanic, when they are radical Islamists.”

Listen to audio below, via WND: