H2 D’oh: State Official Says Complaining About Water Can Be ‘Act Of Terrorism’

H2 D’oh: State Official Says Complaining About Water Can Be ‘Act Of Terrorism’ 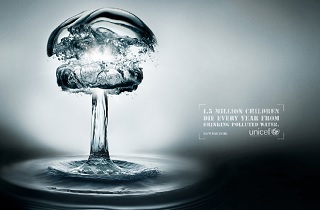 Damn, I don’t even want to find out what happens if there turns out not to be a fly in my soup. They take their water complaints seriously in Tennessee, as evidenced by a recently-released recording of a May 29 meeting between Maury County residents and state officials. On the recording, Tennessee Department of Environment and Conservation deputy director Sherwin Smith told stunned residents that if they made a complaint about water quality, and there turned out not to be a water quality issue, “that can be considered, under Homeland Security an act of terrorism.”

From The Tennessean’s Brian Haas:

“We take water quality very seriously. Very, very seriously,” said Sherwin Smith, deputy director of TDEC’s Division of Water Resources, according to audio recorded by attendees. “But you need to make sure that when you make water quality complaints you have a basis, because federally, if there’s no water quality issues, that can be considered under Homeland Security an act of terrorism.”

“Can you say that again, please?” an audience member can be heard asking on the audio.

Smith went on in the recording to repeat the claim almost verbatim.

The audio was recorded May 29 by Statewide Organizing for Community eMpowerment, a Smyrna-based civic action group that had been working with Maury County residents to tackle water quality complaints in Mount Pleasant. Residents there have complained to the state for months, saying some children had become ill drinking the water. The meeting was organized by State Rep. Sheila Butt, R-Columbia, and attended by residents, TDEC and local officials.

A spokesperson for the Tennessee Department of Environment and Conservation said they were looking into the comments, but were told that Smith “clarified” his remarks in a portion of the meeting that wasn’t included in the recording.

Here’s the incredible audio of the exchange. The terrorism remark begins at the 1:25 mark, at which point you will be able to say you have, indeed, heard everything: