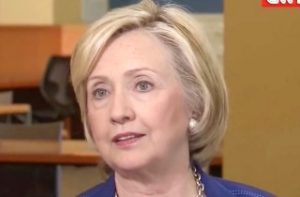 WikiLeaks released more of John Podesta‘s hack emails on Saturday, one thread revealing the plans the Hillary Clinton campaign made to challenge the account of one of her husband’s rape accusers.

Throughout the 2016 election, Donald Trump has made efforts to attack his political rival by invoking the sexual abuse allegations leveled against her husband, former president Bill Clinton. One of the accusers, Juanita Broaddrick, has repeatedly spoken against the Clintons as well, stating that the former Secretary of State enabled her husband and helped cover his tracks.

According to an email thread dating back to January 7, Clinton attorney David Kendall talked with Podesta about how the campaign should address Broaddrick if she becomes part of the election conversation.

As the discussion went on, Kendall brought up documents from the harassment lawsuit Paula Jones filed against Clinton. It was during this lawsuit that Broaddrick offered an affidavit saying she had no information pertaining to “non-consensual or unwelcome sexual advance by Mr. Clinton.”

After bringing up other interviews and documents from Ken Starr‘s investigation, Kendall asked Podesta about whether the campaign should make these documents public.

“Starr was seeking more evidence against the President, any way he could, and he immunized Broaddrick to protect her from any prosecution for perjury if she now changed her story,” Kendall explained. “Please let me know if there’s anything else I can provide about this slimefest.”

Broaddrick went on to accuse Clinton of rape after Starr granted her immunity from perjury if she would testify against the former president.

The email’s release comes shortly after Trump had Broaddrick accompany him for his second debate against Hillary Clinton. In a precursor event, Broaddrick and other fellow accusers brought up their claims in order to act as character witnesses against the Clintons.