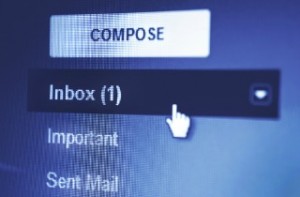 Ever since Wikileaks dumped the latest batch of hacked emails from the Democratic National Committee on Friday, the political media has been joining Bernie Sanders and his supporters in breathlessly reporting that these emails say things that they clearly do not, including but not limited to the lie that the DNC was plotting to attack Bernie Sanders over his religion. The emails have since forced DNC Chair Debbie Wasserman Schultz to resign effective after the convention, but the way things are going, I’d expect she’ll come down with an “unexpected illness” before the festivities kick off Monday night.

The most pervasively misleading thing that’s been reported, though, is that these emails confirm that the DNC was biased against Bernie from the start, and favored Hillary Clinton in the Democratic primary process. They’re echoing the sentiment expressed by Bernie Sanders even as he sought to keep his supporters in the boat on Sunday’s Meet the Press, that “the DNC was on Secretary Clinton’s side from day one.”

What Sanders says may very well be true, the strongest argument for this being the Democrats’ debate schedule, but do these particular emails show, as Chuck Todd puts it, “that the DNC was playing favorites with Hillary Clinton over Bernie Sanders?”

There are a few problems with that assertion, chief among them the fact that the emails being cited in this batch don’t date back to “day one,” they date back to May. Of 2016. Whatever these emails do show, it’s about things that literally just happened.

Do they show a bias against Bernie Sanders? For the most part, no, with the glaring exception of that email about stirring up questions regarding Bernie’s possible atheism (he’s not an atheist). It’s an appalling suggestion, made more appalling by the fact that another DNC staffer chimed in to say “Amen!”, but then again, neither of the participants in that chain (DNC CFO Brad Marshall sent the email, and DNC CEO Amy Dacey added the “Amen”) were strategists, and the suggestion was apparently never acted upon. In fact, for all we know, there’s an outraged reply from DNC Communications Director Luis Miranda that the hackers and/or Wikileaks decided not to publish for whatever reason. We don’t know. That’s part of the problem with hacktivist “journalism.”

At worst, this particular email chain shows that two people in leadership positions at the DNC wanted to negatively impact Bernie Sanders’ chances in a pair of primary contests, which is bad. You could definitely argue that the DNC was against Bernie ever since May, although you could also argue the opposite of that since the actual DNC never used the attack. You could even argue that this constitutes bias against Bernie Sanders, but then you could also argue, more convincingly, that along with the rest of the emails, it constitutes a distasteful response to Bernie Sanders’ attacks on the DNC.

You could make that argument because a lot of the other emails explicitly say that. Sanders and his campaign have been engaged in a roaring feud with the DNC ever since operatives for the Bernie Sanders campaign breached Hillary Clinton’s DNC voter file back in December, which the Sanders campaign somehow managed to turn around into a victimization of Bernie Sanders. Since then, in addition to his longstanding attacks on the DNC’s impartiality dating back to the “rigged” Superdelegate process and the debate schedule, Sanders’ campaign has outright (and falsely) accused the DNC and Hillary Clinton of violating campaign finance laws (Sanders signed the same joint fundraising agreement with the DNC that Hillary did).

So while it’s fair to say that the DNC might have been leaning anti-Bernie in May, and that’s not right, there’s no evidence it had a thing to do with favoring Hillary Clinton, or that it proved anything about “day one” of the primary campaign. In fact, by the time these emails were sent, even Bernie’s most ardent supporters had admitted that there was no way he could win the nomination. At this point, there was really no outcome left to influence.

That doesn’t mean that the DNC officials implicated in these emails acted properly. If someone punches the ref, the ref isn’t supposed to punch back, but then you also don’t get to say that punching the ref proves that the ref hated you all along.

As for the overall charge of “bias” against the DNC, there are really two ways of looking at it. Yes, Debbie Wasserman Schultz is a longtime Hilary Clinton supporter and friend, as are many Democratic officials, but the “favoritism” charge is complicated by the fact that Hillary Clinton woke up with the biggest polling lead in presidential primary history. All political parties have a “bias” toward winning, so engineering a debate schedule around a strong nominee makes sense. That someone with a 60-point lead would also enjoy overwhelming support among party leaders also makes sense. These are the effects of political gravity, though, not some conspiracy to screw Bernie Sanders.