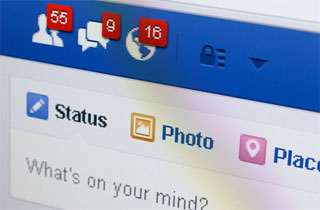 Facebook is chalking some controversial content blocking up as an “accident” following reports that the social media site was forbidding links to the WikiLeaks data dump on the Democratic National Committee.

WikiLeaks created a political firestorm over the weekend after they published hacked emails showing Democratic Party officials discussing ways to undermine Bernie Sanders‘ presidential run. As the story developed however, WikiLeaks took notice of a trend on Twitter, where Facebook users posted screenshots of the error messages they received when they tried to post certain links referencing the scandal.

For those facing censorship on Facebook etc when trying to post links directly to WikiLeaks #DNCLeak try using https://t.co/2b9Kn1RITr

For those facing censorship on Facebook etc when trying to post links directly to WikiLeaks #DNCLeak try using https://t.co/2b9Kn1RITr

Eventually, WikiLeaks received a Twitter response from a user called @SwiftOnSecurity, who said that “Facebook has an automated system for detecting spam/malicious links, that sometimes have false positives.” Soon afterwards, Facebook CSO Alex Stamos appeared to acknowledge the censorship and say that the social media site is addressing the problem.

WikiLeaks has apparently acknowledged Stamos’ tweet, describing the block as “an accident.”

.@Facebook says it has unblocked the posting of links to https://t.co/nxEDEZBO1j and that the blocking was ‘an accident’.

The data publishing site has also been suggesting that Twitter is taking action against the leak.

As of this posting, “Bernie Sanders” is trending on Facebook with reference to the fact that Debbie Wasserman Schultz has promised to resign this week as a result of the leak’s implications.