Hey, Internet Trolls, Gwyneth Paltrow Has Opinions About You All 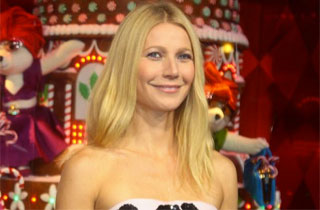 Making fun of Gwyneth Paltrow on the internet is easy, but futile: it’s like trying to throw mud at a beautiful, perfect white wall, except the wall lacks substance and the mud whooshes through, and the wall remains white, and you’re pissed off that the wall didn’t even know you were mocking its pretenses to perfection. But dearest, darling trolls, Gwyneth Paltrow has seen your trolling. And she is quite hurt and upset at your “adolescent,” “dehumanizing” “projection.”

At comments made before the Code Conference on Tuesday, Paltrow, the actress and CEO of airbrushed crostini site Goop.com, took time to sigh sadly about the stunted morals of internet trolls, especially the ones who pick on her. “The Internet also allows us the opportunity to project outward our hatred, our jealousy,” she told Re/Code. “It’s culturally acceptable to be an anonymous commenter. It’s culturally acceptable to say, ‘I’m just going to take all of my internal pain and externalize it anonymously.’”

She also essentially compared the internet to PTSD: “It’s almost like how, in war, you go through this bloody, dehumanizing thing, and then something is defined out of it,” she said. “My hope is, as we get out of it, we’ll reach the next level of conscience.”

(Mediaite commenters, let’s try an experiment: no one troll in the comments, and we’ll see which person ascends to a higher plane of existence first.)

Gwyneth, who lives in a serene world where everything is ecru and four napkins cost $236, thinks that the problem isn’t her persona of elitist inaccessibility. It’s the troll’s fault for being so psychologically broken:

“It’s taken me a long time to get to the point where I can see these things and not take it as a personal affront and a hurt. I see myself as a chalkboard or a whiteboard or a screen, and someone is just putting up their own projection on it,” she said.

“It has nothing to do with me. They have an internal object, and they’re putting it on me. I kind of look at it as, ‘Wow this is an interesting social experiment.’ You’re talking about a blind stranger having feelings about you. It can only be projection.”

The conversation about celebrity and the Internet, she said, is part of a larger one about “containment and self-regulation” online.

“Our culture is trying to wrestle with the idea that everybody has a voice, and how it’s unimportant and really important at the same time,” said Paltrow. “We’re in this very adolescent phase. It’s dangerous, [because] we lack the capacity to say, ‘Why does this matter to me, and who am I in this?’ ‘Why am I having opinions about Angelina Jolie’s operation?’ ‘What is unhealed in me?’ ‘Why am I using the Internet to do this?’”

To be fair, it’s easy to project things onto a person who presents herself as lifestyle and not an actual human being.