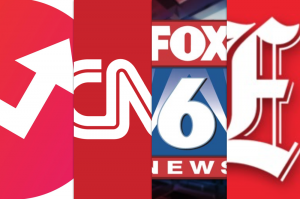 While news outlets were eagerly awaiting news out of a Chicago courtroom as to the fate of former Speaker of the House Dennis Hastert, news broke shortly after 12:00 ET. Reports indicated that Hastert would not be going to prison for his hush money case where he paid off his victims of sexual abuse from decades ago at Illinois’ Yorkville High School; instead, outlets ran with the angle that Hastert had been sentenced simply to two years of “supervised release.”

It should be mentioned that there exists a very real difficulty in getting accurate information from inside the courtroom during federal cases. There was no live stream or broadcast from inside the courtroom, and the political media industry was relying on the Tweets of reporters inside the room who offered updates about Judge Thomas M. Durkin‘s commentary and the victims who testified. 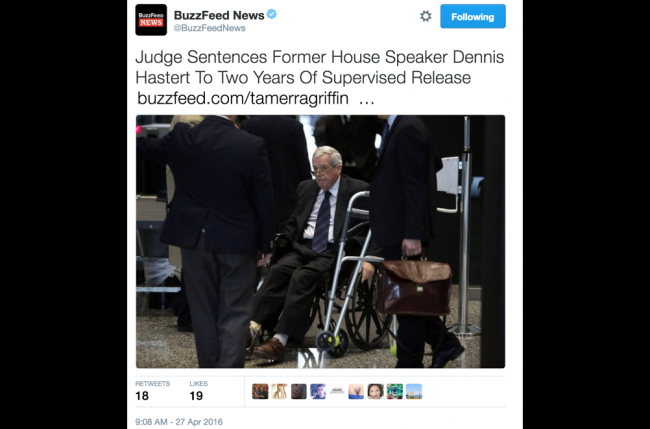 Immediately, mainstream media outlets began to hop on the update as well, altering their pre-written stories with the filler details that the former Speaker of the House of Representatives would not even be serving the six months behind bars that many had expected. At 12:15 p.m. ET, CNN’s Breaking News feed on Twitter followed suit with the same incomplete reporting: 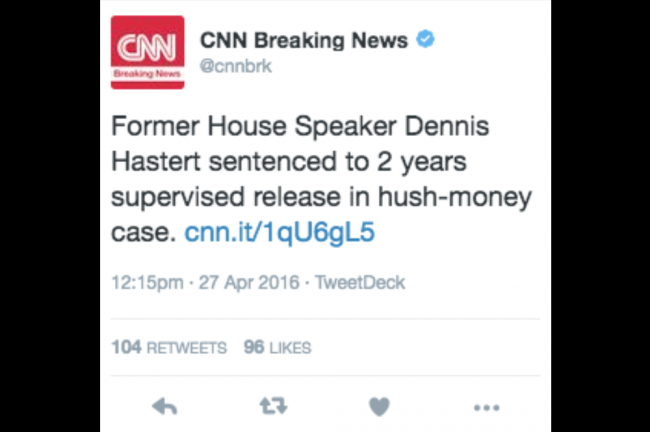 Here are screengrabs of original tweets from other media outlets who also reported on the misinformation: 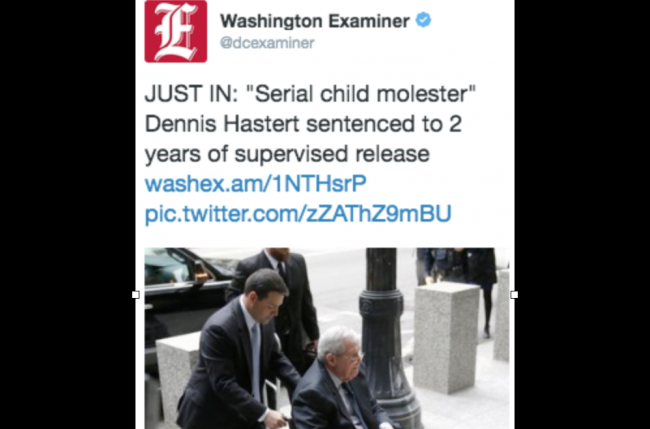 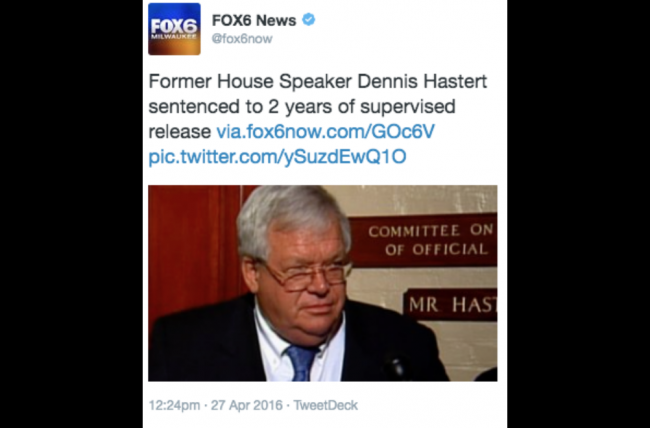 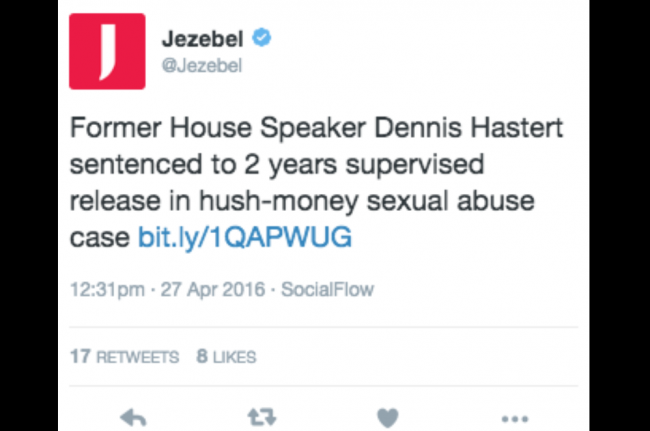 Then, at some point between the 12:20 p.m. ET and 12:35 p.m. ET window, reporters inside the courtroom began to indicate that Judge Durkin was still very much continuing his sentencing of Hastert, and that the previously discussed two years of supervision was hardly the extent of his punishment.

At 12:23 p.m. ET, Buzzfeed altered the details of its headline slightly in the story, now indicating that the reported sentence was just the beginning; here, the change with the words “At Least” appears in the new headline in Tamerra Griffin‘s story: 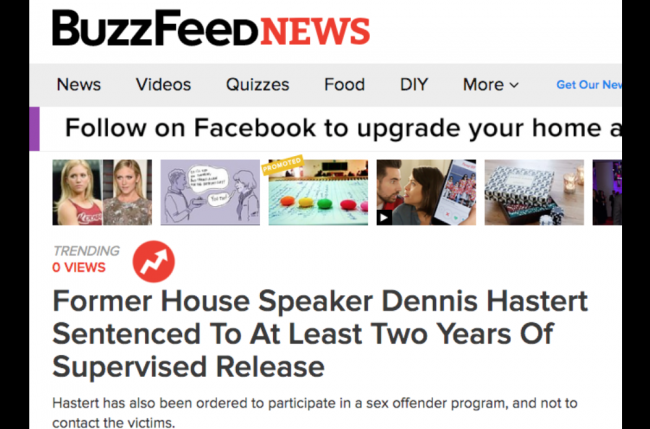 It would take nearly an hour of further courtroom rhetoric and deliberation for the final verdict to be handed down: Speaker Hastert was sentenced to fifteen months in prison, in addition to the previously reported supervised release. CNN’s Jake Tapper addressed the error on Twitter before the correct report rang out across the AP’s wire:

Eventually, many of the media outlets came around to the proper reporting…

…while some have still been issuing the incomplete version based on the large amount of miscommunication from the hour leading up to the sentencing:

Buzzfeed News declined to respond when asked for comment.

J.D. Durkin (@jiveDurkey) is a columnist at Mediaite