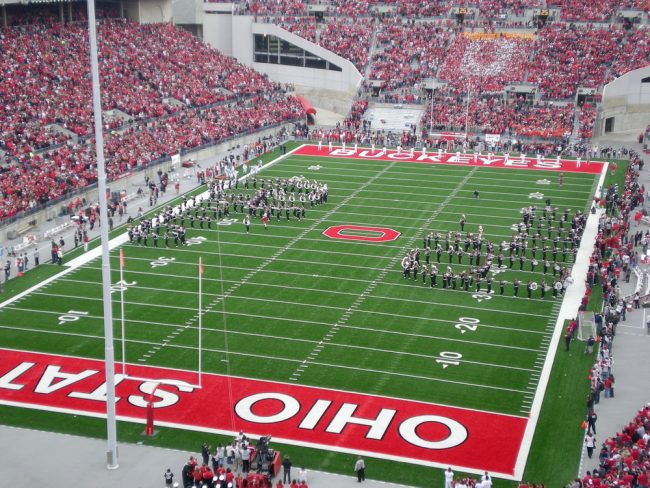 Nearly nine months after Clemson held on to defeat Alabama for the National Championship, it is finally time to publish the following words:

College football is back.

There are few fun match-ups on tap for opening weekend. And in the Big Ten, conference play actually kicks off on Thursday night — as the No. 2 team in the land opens their 2017 campaign on the road. It’s the Ohio State Buckeyes traveling to Bloomington for a meeting with their Big 10 rival, the Indiana Hooisers.

Ohio State looks to rebound following their semifinal loss to Clemson in the Fiesta Bowl last season. Quarterback J.T. Barrett is back under center this season for the Buckeyes — leading an attack directed by new offensive coordinator Kevin Wilson.

As for the Hoosiers, they made a bowl game last season and gave a strong account of themselves — nearly beating Utah in the Foster Farms Bowl. That said, they only finished 6-7. The Hoosiers will look to break .500 this year, but they figure to be in a tough spot on opening night.

Kickoff for the game is 8:00 p.m. ET. Dave Flemming and Kirk Herbstreit will call the action. The game will air live on ESPN. It will also be streamed online, via WatchESPN, free with a cable subscription. The Watch ESPN app can be downloaded from Apple’s App Store, and the Google Play store.