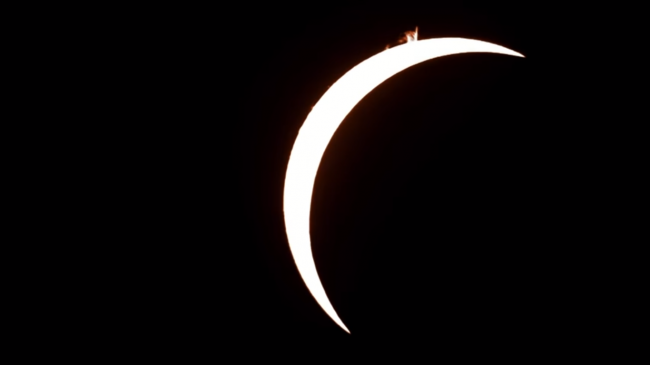 On Monday, Aug. 21 a total solar eclipse will take place and people in the U.S. will be able to see it from coast to coast. This hasn’t happened since 1979, so it is a rare sight that you might want to prepare for so you don’t miss it.

Where to watch the eclipse?

The eclipse can be seen from anywhere in the U.S., but the total solar eclipse can only be observed through a specific band crossing from coast to coast. For those who want to see the total solar eclipse, NASA will have a live stream of the eclipse on their YouTube channel, which Mediaite will be sure to post once it becomes available Monday. NASA plans to make a full day out of the eclipse, and will start building up for the big moment as early as noon EST.

NASA has also created an interactive map that can help you know what time to start watching based off your location, and also shows where you can see the total eclipse at. Be sure to check it out before the eclipse happens, because the total eclipse will only last for about two minutes and 40 seconds. If you miss the totality in your area, you can view it in another location on the live stream, as it will be traveling across the U.S. For those watching the partial eclipse, it will last for about two and a half hours. 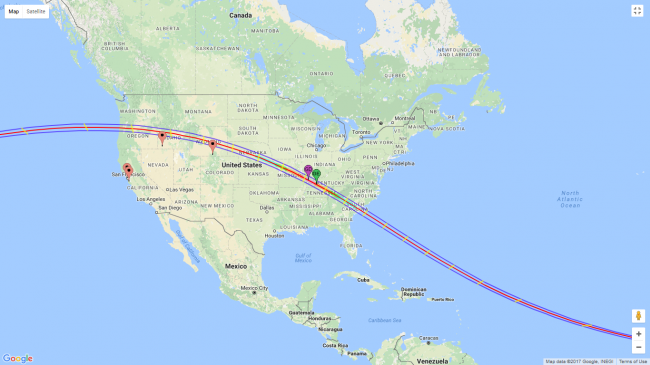 What is a total solar eclipse?

A solar eclipse is when the moon passes through the sun and earth, casting a shadow on earth. The reason this eclipse is special is because it is a total solar eclipse, which means the sun will be completely covered by the moon. Partial eclipses, when only part of the moon covers the sun, are more common, and the totality of the eclipse will only last for a couple minutes, like stated above.

To make this even rarer, eclipses can only be seen from a specific location on earth. It all depends on what part of the earth the moon is passing over when it is between the sun and the earth. So while eclipses may happen twice a year, the last time this many people could see the total solar eclipse in the U.S. was in March 1979. The next time a total eclipse will happen for the US is in 2024, but it will not be able to be seen by as many people as this year’s eclipse.

Is it safe to stare at the sun?

Those watching the total eclipse will be fine, as the moon will fully block the sun’s bright rays. For those watching the partial eclipse, NASA says it is not safe to stare at without specially designed glasses. NASA gives a list of approved solar glasses, and warns that homemade filters or sunglasses are not safe.