In Defense of Buzzfeed’s Publishing of the Trump Dossier 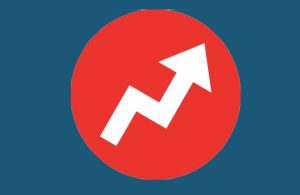 Two days ago, I wrote that Donald Trump has somehow, against the odds, pulled off another victory against the hapless news media in the whole CNN/Buzzfeed flap. At the time, I mildly defended both CNN and Buzzfeed for what they did journalistically, while expressing strong skepticism about the substance of what was in the memo/dossier, which was the original basis for why the subject of Russia potentially having blackmail material on Trump became part of a presidential intelligence briefing.

Since then, we have learned a lot more context about this entire story and, after now being able to more confidently put some more pieces of this puzzle together, I have come to two pretty solid conclusions, both of which go against the conventional wisdom among the chattering class.

The first is that Buzzfeed was not only ethically justified in publishing the 35-page document, but they were virtually morally obligated to do so. The second is that CNN, while their reporting was dead on, did themselves and this story a great political disservice when they effectively got scared and pushed Buzzfeed under the bus, thus creating the impression that some journalistic crime had been committed here (a perception which Trump obviously took full advantage).

Here are some of the developments which helped me reach these determinations.

So in this new context, let’s now evaluate Buzzfeed’s role, which has been almost universally admonished by the rest of the news media and castigated by the Trump team (which actually benefitted politically from what Buzzfeed did). Based on what we know now, even if the dossier is completely false, I fail to see much wrong in what Buzzfeed did.

Once CNN reported that a document Buzzfeed and many other outlets had was used, directly or indirectly, in a presidential intelligence briefing, in my view that dossier becomes inherently newsworthy, regardless of its veracity. At that point it basically becomes a question of whether the news value of it is outweighed by the potential damage done by promoting possibly false information. To me, there are several reasons why, especially in this unique set of circumstances, it absolutely does.

We obviously aren’t dealing with a “normal” President-elect here. Trump has praised Russian leader Vladimir Putin numerous times, told conflicting stories about having met him, and nominated friends of Putin to be both his Secretary of State and National Security Advisor. He has also refused to release his tax returns. And, oh by the way, Russia is believed to have been actively working against his opponent during the campaign.

Trump also made the centerpiece of his campaign against Hillary Clinton the idea that her private server issues made her a huge risk to national security. But what could possibly be a greater risk to our national security than Russia possibly having blackmail material on a new president?

Trump also lives in the most fragile of glass houses when it comes to being the victim of supposedly “fake news.” When you falsely claim to have information that the first black president wasn’t born in the United States, I think you give up the moral high ground on information in a presidential intelligence briefing leaking out. Heck, does anyone remotely believe that if a similar document backing up “Birtherism” had been unearthed, even under far less credible circumstances, that Trump wouldn’t have released it himself at a live press conference preceded by showgirls and followed by fireworks?!

But the most important reason why this document absolutely needed to be released is one that I haven’t heard anyone even mention. That is, by publishing it you theoretically destroy its value as blackmail because obviously, should Russia really have “Kompromat” on our incoming president, it is rendered virtually powerless if the American public already knows about it.
This is why it can be argued that what Buzzfeed did was not only ethically defensible, but it was both obligatory and in the best interests of the nation.

However, two things outside of their control ended up destroying much of the inherent value in Buzzfeed’s decision (which, to be clear, was certainly motivated far more by the knowledge that someone else might scoop them at any moment than by any high-brow concern for the public good).

The first was that Trump vehemently condemned all the allegations in a blanket denial, which effectively ENHANCED the value of any blackmail material Russia might have because now any release would absolutely be politically lethal to him. If he had simply refused to dignify the allegations with direct comment (LOL), then you could make a strong argument that Russia’s leverage against him, assuming it even exists, would be at least be greatly diminished. I realize this put Trump in a bit of a no win situation, but that is why being president is such a tough job. To be clear, I hope/trust that Trump told the truth, but if he did not, then, and I don’t make this charge lightly, he has effectively committed treason and would now be very exposed to impeachment.

The second was that, in what I perceived as a bit of a panic produced by the extreme blowback they were getting, CNN hung Buzzfeed about as far out to dry as they could in a futile effort to separate themselves from the dossier itself after Trump humiliated them at his press conference. In reality, this was perceived as a sign that the premise of the story was highly vulnerable to criticism and created the feeling of blood in the water.

Once there is ANY sign of trouble with a major story like this one, especially with the new fear of being labeled with “fake news,” the other major outlets are going to quickly diminish or ignore it, and to a large extent that is what happened here. NBC for instance, in what now seems like a petty political move, even went out of their way to attack the CNN story with what were, at best, nitpicky and irrelevant contradictions.

The bottom line of this Buzzfeed controversy is that it really all comes down to two words. I honestly believe that if the highly explosive words “golden shower” were not in the memo that Buzzfeed probably doesn’t get even half of the criticism it did.

They never said that the information was true and they never claimed that it was their reporting. This was document that was deemed important enough to be used at the very highest levels of our government (if a mistake was made here it was by the intelligence agencies more than Buzzfeed). That gave it more than enough significance, especially in the current environment, to be published. The public and the rest of the media should have been mature enough to simply put it all in its proper context.

As for how much of the dossier is actually true, I still think/hope that most of it is false. But I must admit that I am not nearly as confident of that view as I was just two days ago.
—
John Ziegler hosts a weekly podcast focusing on news media issues and is a documentary filmmaker. You can follow him on Twitter at @ZigManFreud or email him at johnz@mediaite.com